SHOT 3/1/2007-3/6/2007 - Japanese restaurant table setting including wine glasses and silverware in Japantown in San Francisco, Ca. Japantown comprises about six square city blocks in the Western Addition in San Francisco. The area is home to a large number of Japanese (and some Korean and Chinese) restaurants, supermarkets, indoor shopping malls, hotels, banks and other shops, including one of the few U.S. branches of the large Kinokuniya bookstore chain. The main thoroughfare is Post Street. Its focal point is Japan Center (opened in 1968), the site of three Japanese oriented shopping centers and the Peace Pagoda. San Francisco has the largest Japantown in California, although it is only a shadow of what it once was before World War II. After the Japanese attack on Pearl Harbor, the U.S. government took Japanese Americans into custody and interned them in concentration camps, while many large sections of the neighborhood remained vacant..(Photo by Marc Piscotty © 2007) 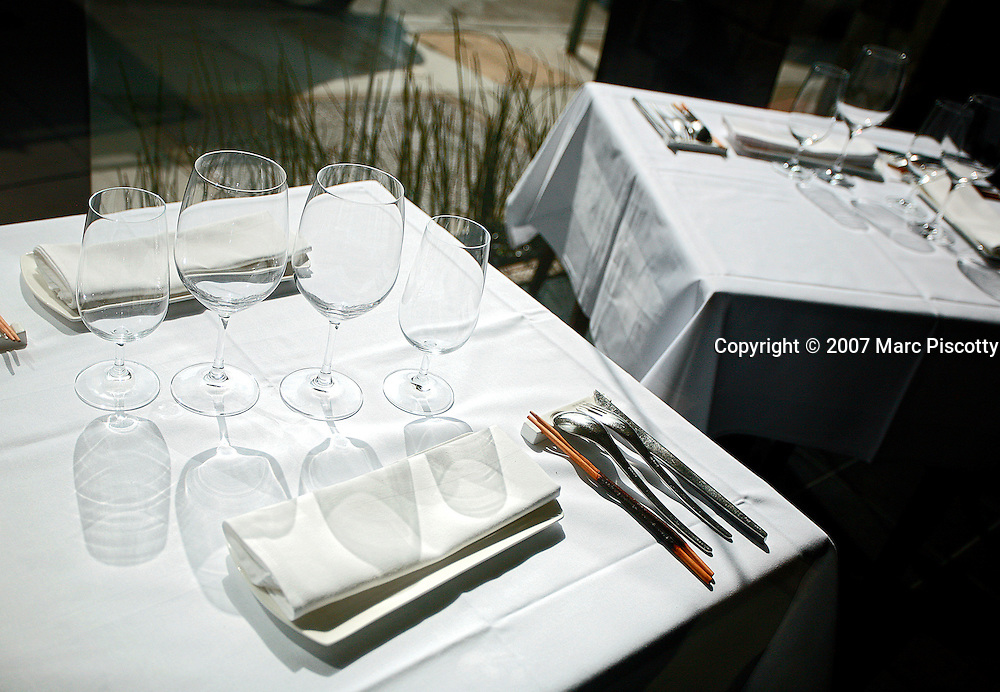