DENVER, CO - APRIL 20: Crystal Guess of Denver, Co. attempts to gather signatures for Initiative 70 which would remove marijuana from the controlled substances list in Colorado among other things. An estimated 10,000 people are expected to gather in Civic Center Park in Denver, Colorado on April 20, 2012 to celebrate the state's Medicinal Marijuana laws and collectively light up at 4:20pm. On Nov. 6, Colorado may become the first state to legalize marijuana with the passing of Amendment 64, a controversial ballot initiative that would permit up to 1 ounce of possession for those 21 and older. (Photo by Marc Piscotty/ © 2012) 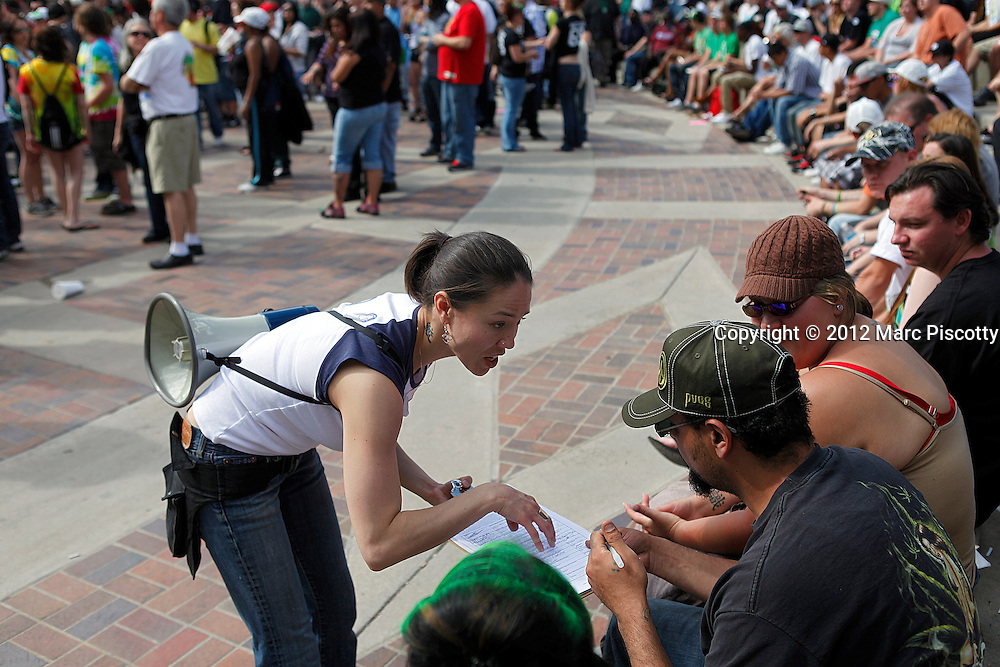