SHOT 11/22/08 7:38:19 AM - The Prague Astronomical Clock or Prague Orloj is a medieval astronomical clock located in Prague, the capital of the Czech Republic. The Orloj is mounted on the southern wall of Old Town City Hall in the Old Town Square and is a popular tourist attraction. The Orloj is composed of three main components: the astronomical dial, representing the position of the Sun and Moon in the sky and displaying various astronomical details; "The Walk of the Apostles", a clockwork hourly show of figures of the Apostles and other moving sculptures; and a calendar dial with medallions representing the months. Prague is the capital and largest city of the Czech Republic. Its official name is Hlavní m?sto Praha, meaning Prague, the Capital City. Situated on the River Vltava in central Bohemia, Prague has been the political, cultural, and economic centre of the Czech state for over 1100 years. The city proper is home to more than 1.2 million people, while its metropolitan area is estimated to have a population of over 1.9 million. Since 1992, the extensive historic centre of Prague has been included in the UNESCO list of World Heritage Sites. According to Guinness World Records, Prague Castle is the largest ancient castle in the world. Nicknames for Prague have included "the mother of cities", "city of a hundred spires" and "the golden city". Since the fall of the Iron Curtain, Prague has become one of Europe's (and the world's) most popular tourist destinations. It is the sixth most-visited European city after London, Paris, Rome, Madrid and Berlin. Prague suffered considerably less damage during World War II than some other major cities in the region, allowing most of its historic architecture to stay true to form. It contains one of the world's most pristine and varied collections of architecture, from Art Nouveau to Baroque, Renaissance, Cubist, Gothic, Neo-Classical and ultra-modern..(Photo by Marc Piscotty / © 2008) 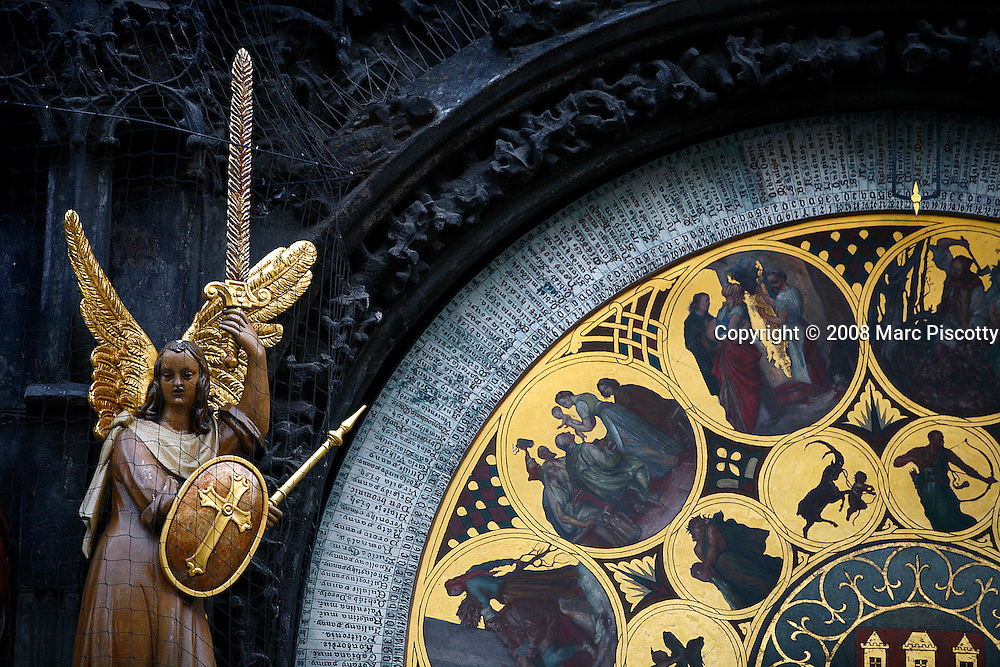