SHOT 6/7/09 3:20:16 PM - Storm clouds surrounding a developing tornado near Parker, Co. one afternoon. A cloud is a visible mass of droplets or frozen crystals suspended in the atmosphere above the surface of the Earth or another planetary body. On Earth the condensing substance is typically water vapor, which forms small droplets or ice crystals, typically 0.01 mm in diameter. When surrounded by billions of other droplets or crystals they become visible as clouds. Mammatus (also known as mammatocumulus, meaning "bumpy clouds") is a meteorological term applied to a cellular pattern of pouches hanging underneath the base of a cloud. Mammatus are most often associated with the anvil cloud that extends from a cumulonimbus, but may also be found under altocumulus, altostratus, stratocumulus, and cirrus clouds. When occurring in cumulonimbus, mammatus are often indicative of a particularly strong storm or maybe even a tornadic storm. These tend to form more often during warm months and over the midwest and eastern portions of the United States, and more infrequently over the west and southwest..(Photo by Marc Piscotty / © 2009) 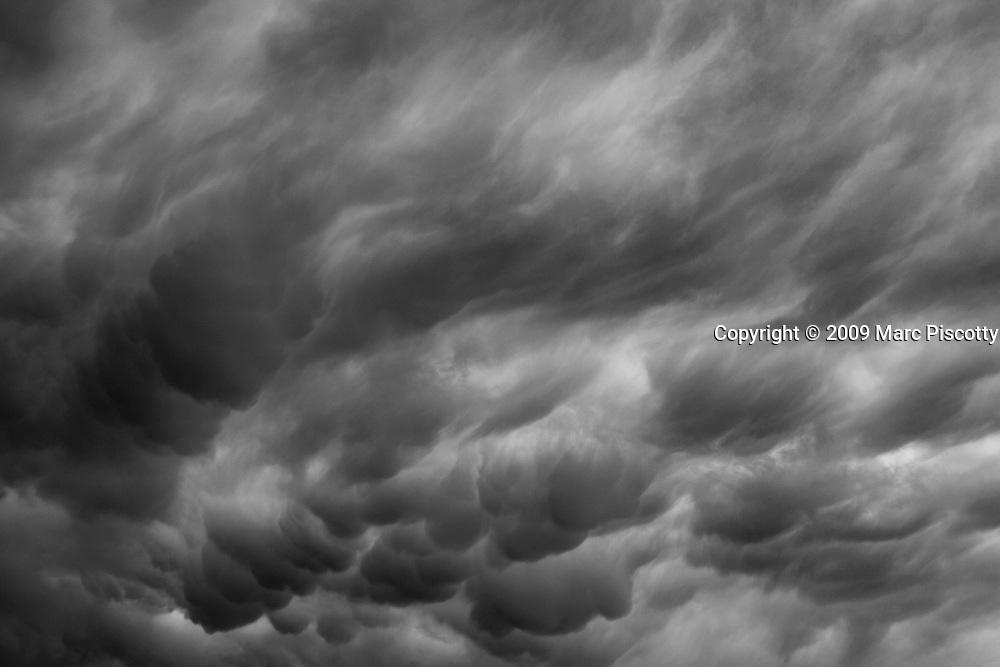