SHOT 10/22/17 9:40:30 AM - Buffalo Bills fans pose for a picture with Ken Johnson after the ketchup and mustard shower while tailgating at the Hammer's Lot at the Pinto Ron tailgate party before the Buffalo Bills faced the Tampa Bay Buccaneers in Orchard Park, N.Y. Ken Johnson, better known as "Pinto Ron", (born 1958) is a Buffalo Bills fan known for attending every single Bills home and away game and hosting a tailgate party since 1994. He is known for his red Ford Pinto and antics cooking food on his car hood in a variety of objects such as a shovel and army helmet; furthermore, he holds a tradition of being doused in ketchup and mustard. Most notably he served shots out of a bowling ball until he was forced to shut down by the National Football League (NFL) Johnson moved his tailgate party to private property next to the stadium where the NFL has no jurisdiction and was able to resume serving bowling ball shots. He has been featured in multiple NFL Films, as well as the made-for-TV movie Second String. (Photo by Marc Piscotty / © 2017) 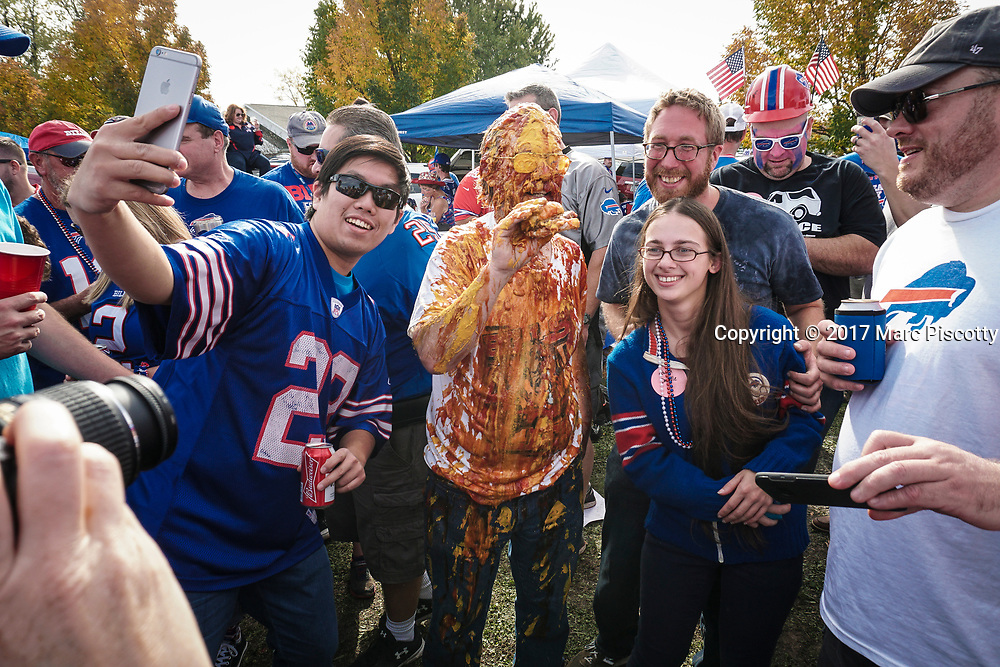