SHOT 9/4/09 2:31:29 PM - Willis Alan Ramsey, a singer-songwriter with deep Texas roots, released his first and only album, called Willis Alan Ramsey, in 1972 on Leon Russell's Shelter Records label. The recording met with a great deal of critical success and a number of songs on the album were covered by other artists. Ramsey eventually left both Shelter Records and the United States, moving to Great Britain in the 1980's to explore Celtic songwriting and instrumental traditions. Ramsey is currently working on releasing a second album some 37 years later. He currently lives in Loveland, Co. with his wife Alison Rogers (left). He was photographed in the living room of his Loveland home..(Photo by Marc Piscotty / © 2009) 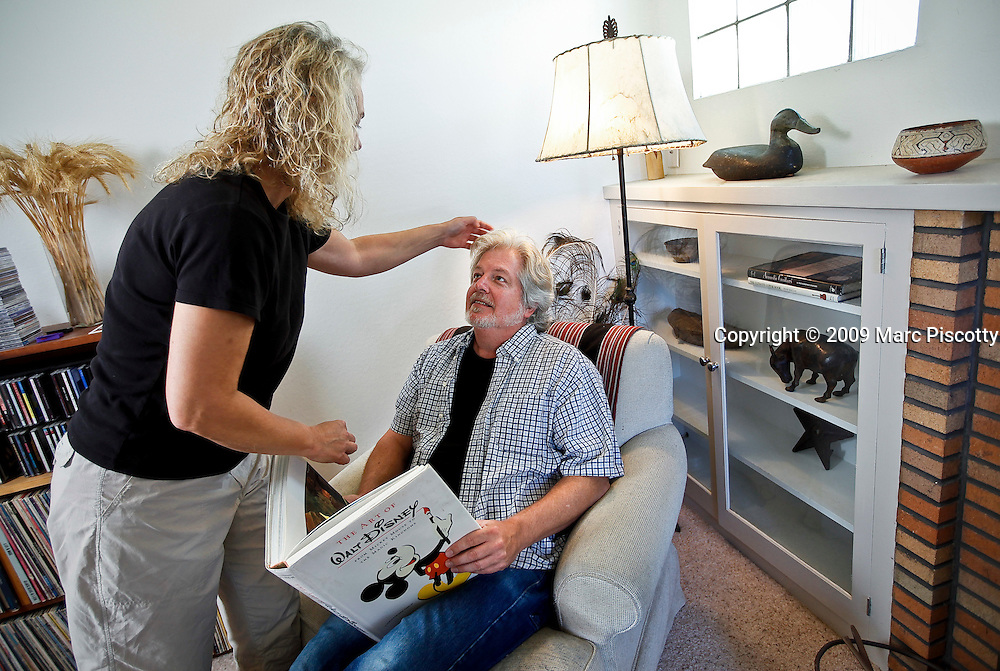