SHOT 2/16/14 2:38:17 PM - Lee, a male Polar Bear, stands at the edge of the water at the Polar Bear habitat at the Denver Zoo. The polar bear (Ursus maritimus) is a carnivorous bear whose native range lies largely within the Arctic Circle, encompassing the Arctic Ocean, its surrounding seas and surrounding land masses. A boar (adult male) weighs around 350–700 kg (770–1,540 lb), while a sow (adult female) is about half that size. The polar bear is classified as a vulnerable species, with eight of the nineteen polar bear subpopulations in decline. For decades, large scale hunting raised international concern for the future of the species but populations rebounded after controls and quotas began to take effect.
(Photo by Marc Piscotty / © 2014) 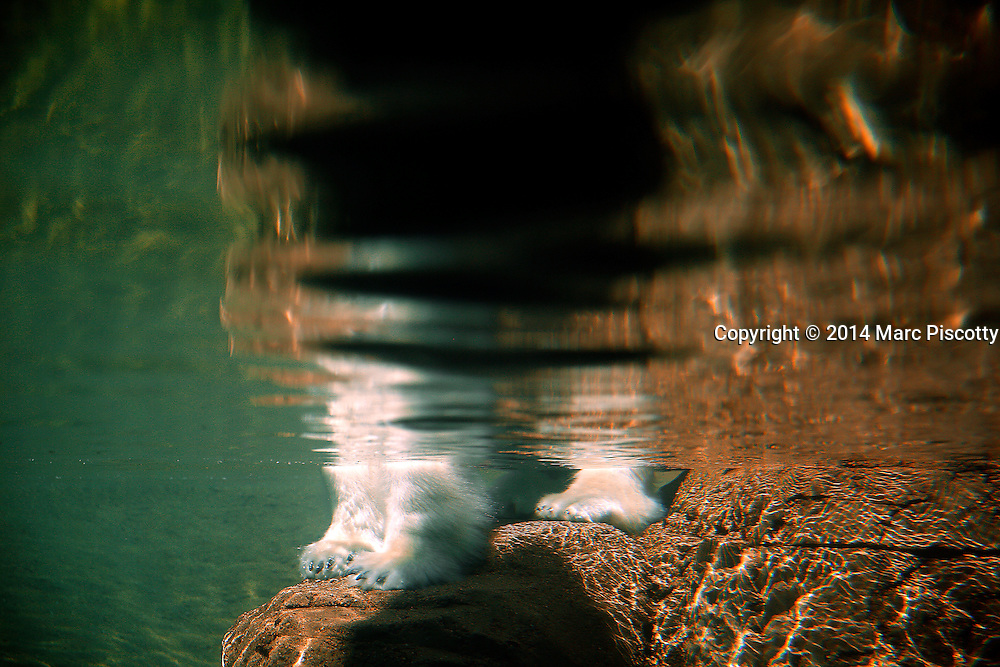