SHOT 11/21/08 7:41:38 AM - The Prague Castle and Charles Bridge in Prague, Czech Republic. Prague Castle (Czech: Pra?ský hrad) is a castle in Prague where the Czech kings, Holy Roman Emperors and presidents of Czechoslovakia and the Czech Republic have had their offices. The Czech Crown Jewels are kept here. Prague Castle is one of the biggest castles in the world (according to Guinness Book of Records the biggest ancient castle) at about 570 meters in length and an average of about 130 meters wide. Charles Bridge is a famous historical bridge that crosses the Vltava river in Prague, Czech Republic. The bridge is 516 meters long and nearly 10 meters wide, resting on 16 arches shielded by ice guards. It is protected by three bridge towers, two of them on the Lesser Quarter side and the third one on the Old Town side. The Old Town bridge tower is often considered to be one of the most astonishing civil gothic-style buildings in the world. The bridge is decorated by a continuous alley of 30 statues and statuaries, most of them baroque-style, erected around 1700. Prague is the capital and largest city of the Czech Republic. Its official name is Hlavní m?sto Praha, meaning Prague, the Capital City. Situated on the River Vltava in central Bohemia, Prague has been the political, cultural, and economic centre of the Czech state for over 1100 years. The city proper is home to more than 1.2 million people, while its metropolitan area is estimated to have a population of over 1.9 million. Since 1992, the extensive historic centre of Prague has been included in the UNESCO list of World Heritage Sites. According to Guinness World Records, Prague Castle is the largest ancient castle in the world. Nicknames for Prague have included "the mother of cities", "city of a hundred spires" and "the golden city". Since the fall of the Iron Curtain, Prague has become one of Europe's (and the world's) most popular tourist destinations. It is the sixth most-visited European city after London 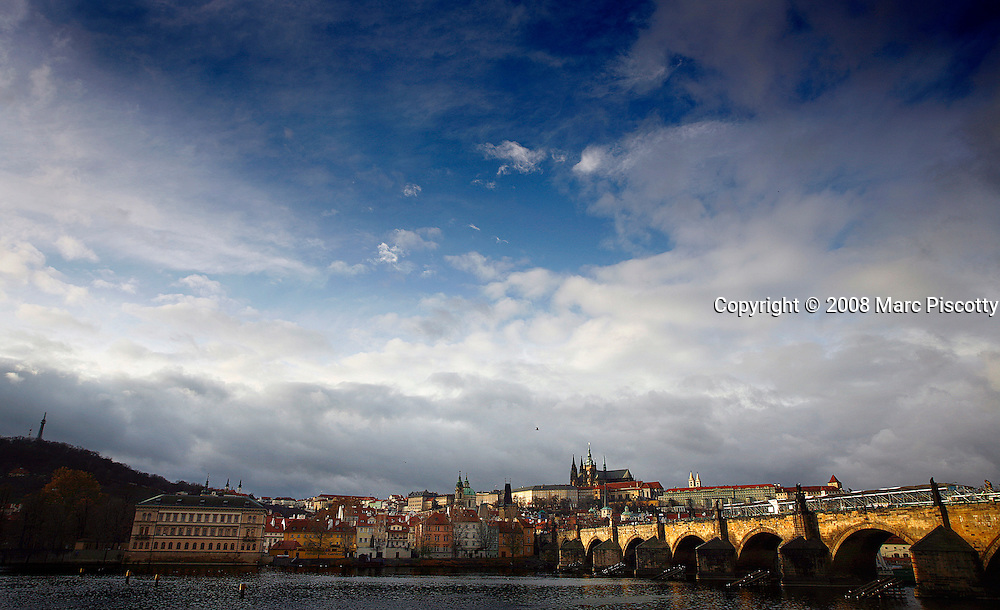