SHOT 1/21/11 1:37:03 PM - Fresh fish and seafood for sale at Pike Place Market in Seattle, Washington. Pike Place Market is a public market overlooking the Elliott Bay waterfront in Seattle, Washington, United States. The Market opened August 17, 1907, and is one of the oldest continually operated public farmers' markets in the United States. It is a place of business for many small farmers, craftspeople and merchants. Named after the central street, Pike Place runs northwest from Pike Street to Virginia Street, and remains one of Seattle's most popular tourist destinations. Seattle is the northernmost major city in the contiguous United States, and the largest city in the Pacific Northwest and in the state of Washington. A seaport situated on a narrow isthmus between Puget Sound (an arm of the Pacific Ocean) and Lake Washington, about 100 miles (160 km) south of the Canada - United States border, it is named after Chief Sealth "Seattle", of the Duwamish and Suquamish native tribes. Seattle is the center of the Seattle-Tacoma-Bellevue metropolitan statistical area, the 15th largest in the United States, and the largest in the northwestern United States. Seattle is the county seat of King County and is the major economic, cultural and educational center in the region. (Photo by Marc Piscotty / © 2011) 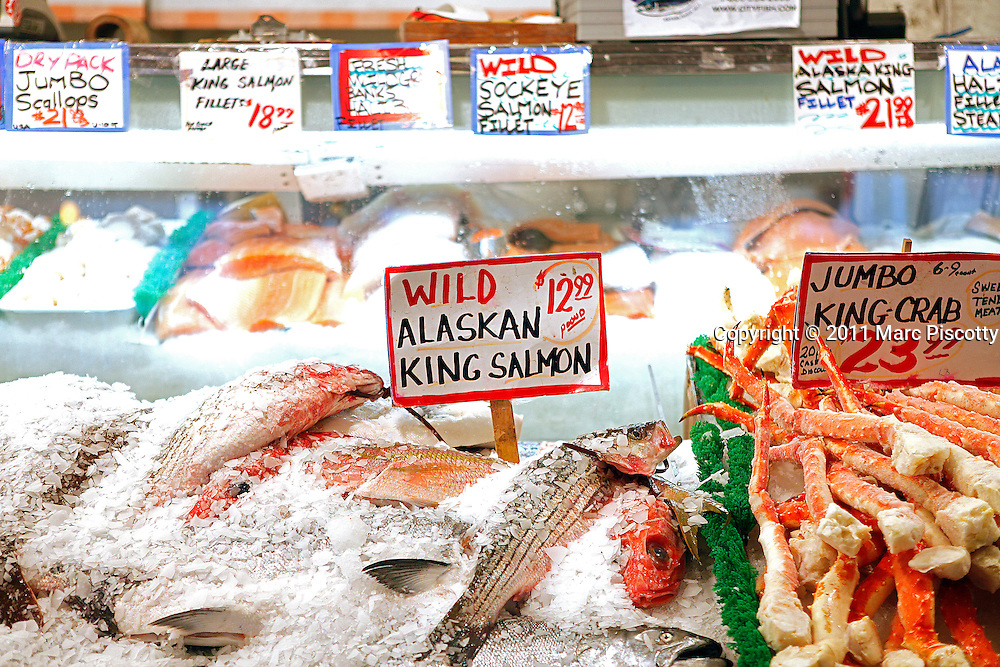