SHOT 9/7/2007 - Midas Cichlids swim in a tank at the Shedd Aquarium in Chicago, Ill. Midas cichlids are found in lakes and rivers of Central America. Cichlids are small, spiny-finned fish that live in tropical fresh water worldwide. Estimates of the number of cichlid species range from 1,300 to 1,900, making it one of the three largest vertebrate families. Cichlids are particularly well known for having evolved rapidly into a large number of closely related but morphologically diverse species within large lakes, particularly the African Rift Valley lakes of Tanganyika, and Victoria, and Malawi. The diversity of cichlids in the African Great Lakes is important for the study of speciation in evolution. Many cichlids that have been accidentally or deliberately released into freshwaters outside of their natural range have become nuisance species, for example tilapia in the southern United States. Chicago is the largest city in the state of Illinois, the largest in the Midwest and, with a population of nearly 3 million people, is the third largest in the United States. Chicago is a city rich in history and also renowned for its architecture. Chicago attracts about 33 million visitors annually from around the world and nation. .(Photo by Marc Piscotty © 2007) 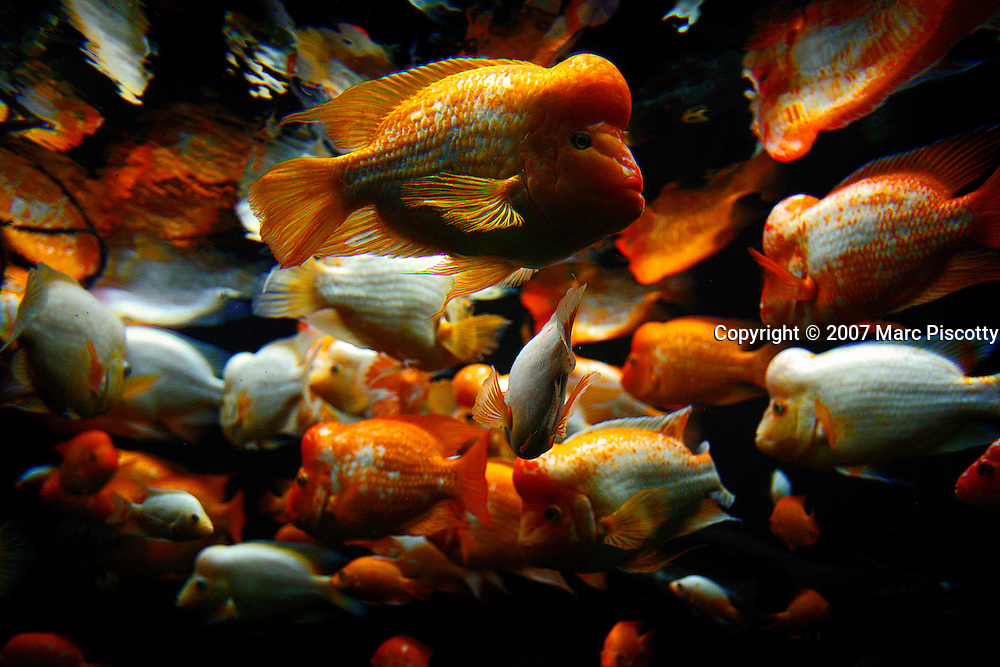