Brian Rohrbough, the father of Columbine victim Daniel Rohrbough, poses for a portrait after the release of more than 900 pages of materials seized from Columbine High School killers Eric Harris and Dylan Klebold that were finally released to the media and public Thursday July 6, 2006 by the Jefferson County Sheriff's Department. The materials inluded diaries, violent drawings and messages the two wrote to each other in their yearbooks. Rohrbough like many close to the incident believes the Sheriff's Department has attempted to cover up their knowledge of the danger that Klebold and Harris presented prior to the school shootings in 1999. Rohrbough was photographed at the auto sound and home theatre store he owns in Englewood..(MARC PISCOTTY/ © 2006) 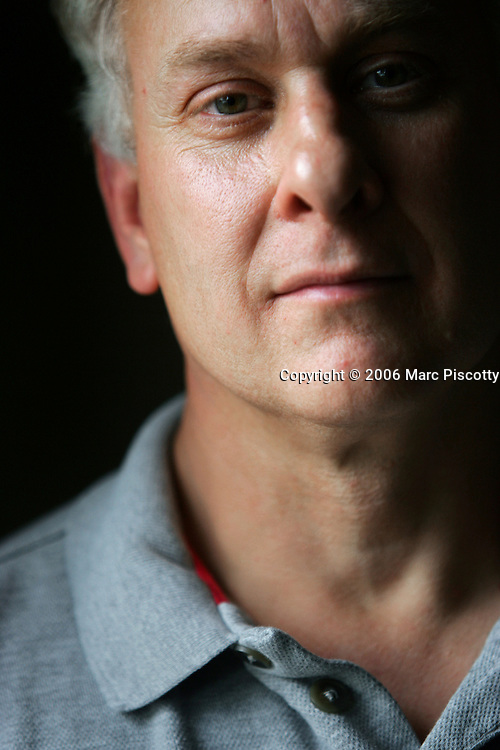