SHOT 3/18/2007 - A flash from a camera casts a large shadow on the American flag as Democratic Presidential candidate Barack Obama spoke before an enthusiastic crowd of supporters who paid $100 for a chance to hear what one of the front-running Democratic candidates had to say. In his first appearance in Denver since declaring his candidacy, the Illinois senator told nearly 2,000 people jammed into the Sherman Street Event Complex that America is a house divided between its people and a government they no longer trust or believe in. Obama spoke at the Sherman Street Events Complex in downtown Denver on Sunday March 18, 2007. .(Photo by Marc Piscotty/ © 2007) 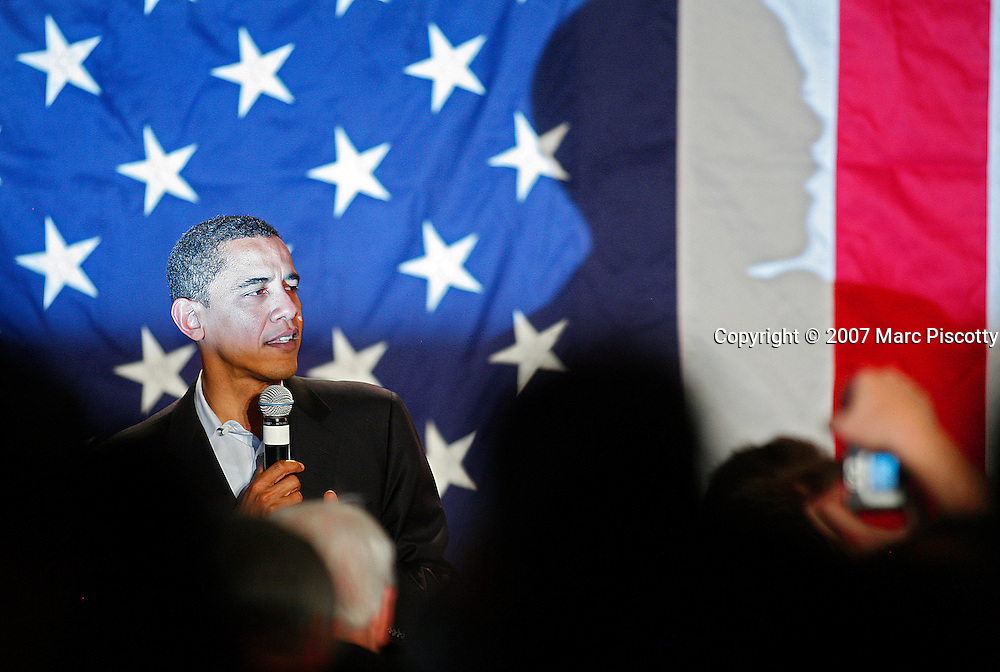