SHOT 3/8/15 11:51:19 AM - Broken windows and peeling paint on the side of an abandoned building in Brooklyn, N.Y. Middlebrooke Lancaster Inc. is a corporate name lost to the ages, but it lives on in a nostalgia-inducing advertisement painted on the side of 304 Hewes St.
The company's ad for Nutrine Beauty Preparations is fading on the whitewashed brick warehouse that used to produce beauty products. New York is the most populous city in the United States and the center of one of the most populous urban agglomerations in the world—the New York metropolitan area. The city is referred to as New York City or the City of New York to distinguish it from the State of New York, of which it is a part. A global power city, New York exerts a significant impact upon commerce, finance, media, art, fashion, research, technology, education, and entertainment. New York City has often been described as the cultural and financial capital of the world. (Photo by Marc Piscotty / © 2015) 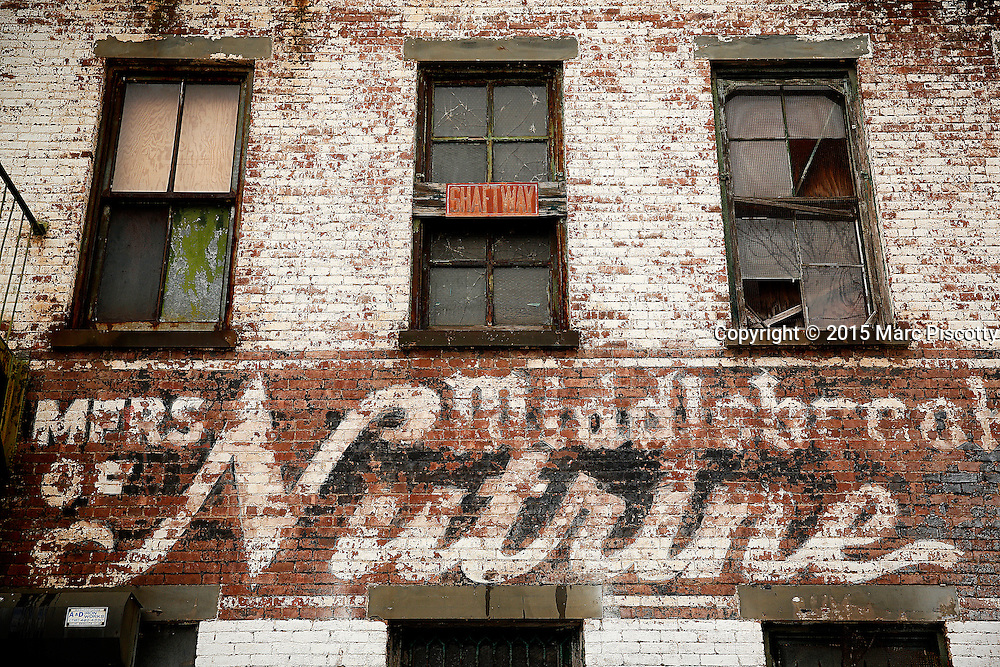