U.S. snowboarder Lindsey Jacobellis (right, #3) goes over a jump mid-course with French rider Karine Ruby (left, #11) during the 2006 Winter Olympics Women's Snowboard-Cross Quarterfinals at Bardonecchia Friday February 17, 2006. U.S. snowboarder and medal favorite Lindsey Jacobellis had a sizable lead over the other three riders in the final run and lost out on a gold medal when she fell trying to showboat off one of the final jumps on the course. Jacobellis had to settle for a silver medal instead with Swiss rider Tanja Frieden taking the gold and Canadian rider Dominique Maltais taking the bronze..(Photo by Marc Piscotty / © 2006) 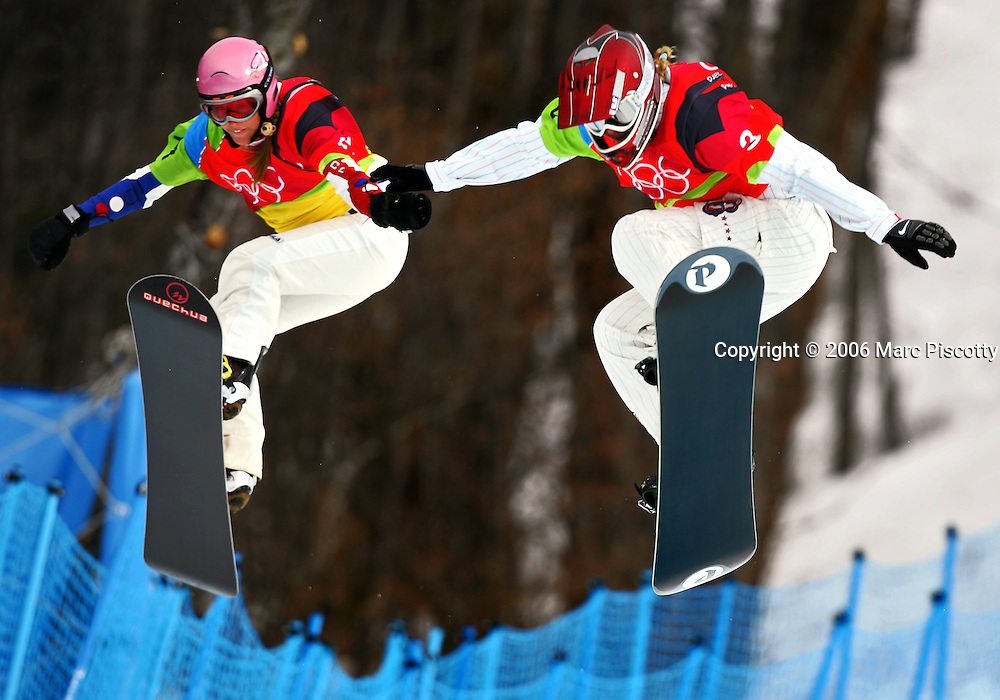