SHOT 12/28/10 6:14:49 PM - The Hiway House Motel sign in the Nob Hill area of Albuquerque, N.M. Located along Central Avenue (also once Route 66) Hiway House was a motor hotel chain founded in 1956 at Phoenix, Arizona by the late Del Webb, a construction magnate who owned the New York Yankees baseball team and later created the Sun City retirement communities. A remnant of the old Hiway House chain is still in operation at Albuquerque, New Mexico. Albuquerque is the largest city in the state of New Mexico. It is the county seat of Bernalillo County and is situated in the central part of the state, straddling the Rio Grande. in 2009 the city's population was 528,497 according to U.S. census estimates which ranks it as the 34th-largest city in the U.S. As of June 2007, the city was the sixth fastest-growing in America. The Sandia Mountains run along the eastern side of Albuquerque, and the Rio Grande flows through the city, north to south..(Photo by Marc Piscotty / © 2010) 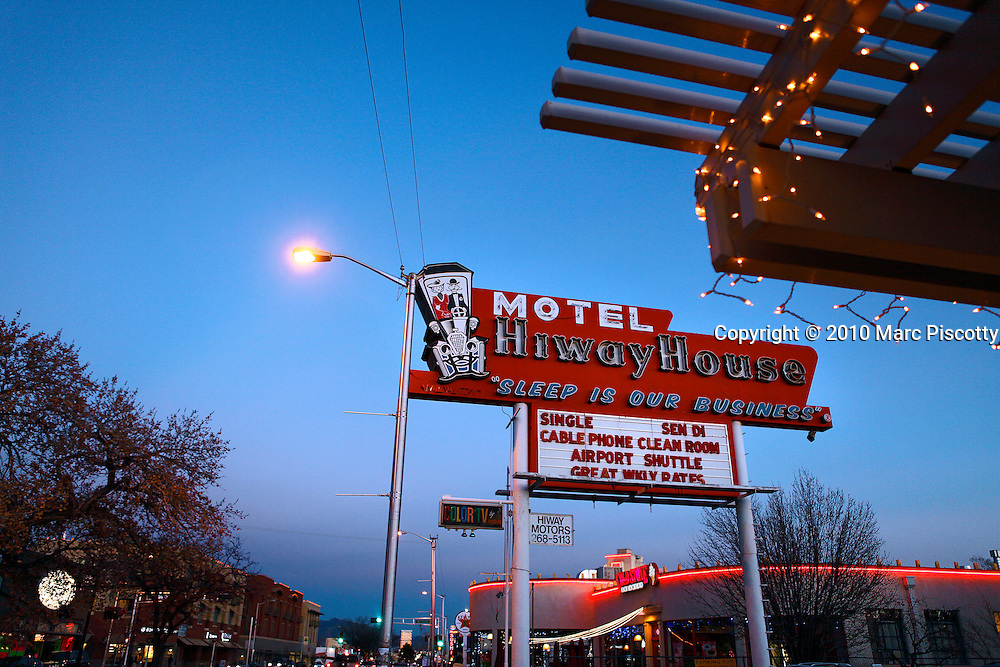