SHOT 8/24/2007 - Photos of a Western Tiger Swallowtail butterfly on pink flowers as it gathers nectar for food late one afternoon. The Western Tiger Swallowtail is a common Swallowtail Butterfly of western North America, and is frequently seen in urban parks and gardens as well as in rural woodlands and riparian areas. It is a large, brightly colored and active butterfly, rarely seen at rest; its wingspan is 7 to 10 cm, and its wings are yellow with black stripes, and in addition it has blue and orange spots near its tail. The normal range of the Western Tiger Swallowtail covers much of western North America, from British Columbia to North Dakota in the north to Baja California and New Mexico in the south. Economically, butterflies are important by virtue of their being one of the major agents of pollination, in addition to a number of species which are pests on domestic crops and trees..Culturally, butterflies are a popular motif in the visual and literary arts. The adults, caterpillars and pupas of some species form part of the diet in many parts of the world..(Photo by Marc Piscotty © 2007) 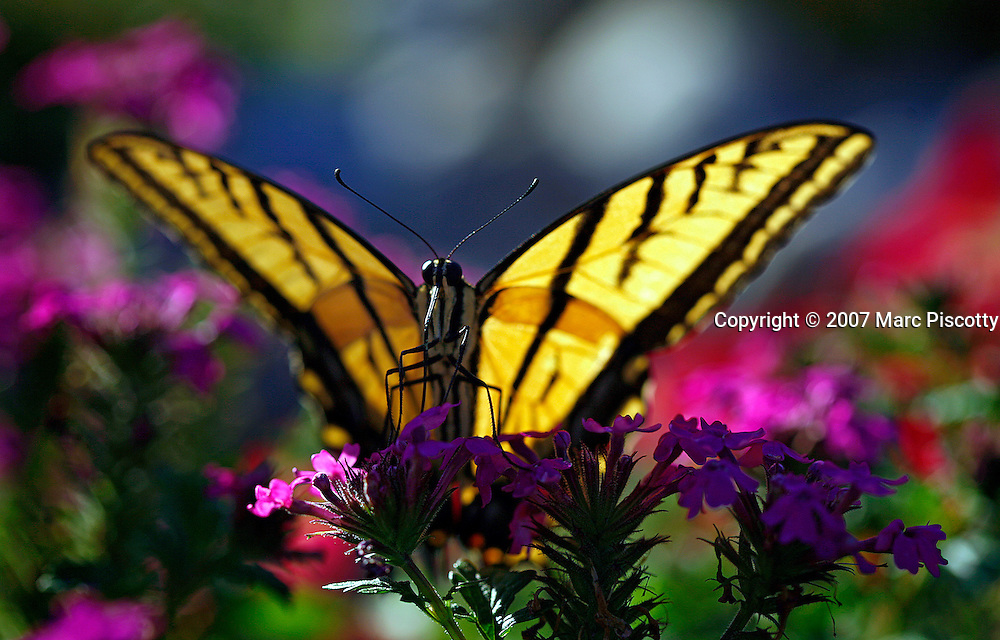