SHOT 11/21/08 8:05:22 AM - A tourist touches one of the depictons on the statue of St. John of Nepomuk on the Charles Bridge in Prague, Czech Republic. Doing so is said to bring good luck. The alley of 30 mostly baroque statues and statuaries situated on the balustrade forms a unique connection of artistic styles with the underlying gothic bridge. Most sculptures were erected between 1683 and 1714. They depict various saints and patron saints venerated at that time. The most prominent Bohemian sculptors of the time took part in decorating the bridge, such as: Matthias Braun, Jan Brokoff and his sons Michael Joseph and Ferdinand Maxmilian. Among the most notable sculptures, one can find the statuaries of St. Luthgard, St. Crucifix or St. John of Nepomuk. Prague is the capital and largest city of the Czech Republic. Its official name is Hlavní m?sto Praha, meaning Prague, the Capital City. Situated on the River Vltava in central Bohemia, Prague has been the political, cultural, and economic centre of the Czech state for over 1100 years. The city proper is home to more than 1.2 million people, while its metropolitan area is estimated to have a population of over 1.9 million. Since 1992, the extensive historic centre of Prague has been included in the UNESCO list of World Heritage Sites. According to Guinness World Records, Prague Castle is the largest ancient castle in the world. Nicknames for Prague have included "the mother of cities", "city of a hundred spires" and "the golden city". Since the fall of the Iron Curtain, Prague has become one of Europe's (and the world's) most popular tourist destinations. It is the sixth most-visited European city after London, Paris, Rome, Madrid and Berlin. Prague suffered considerably less damage during World War II than some other major cities in the region, allowing most of its historic architecture to stay true to form. It contains one of the world's most pristine and varied collections of architecture, from Art Nouveau to Bar 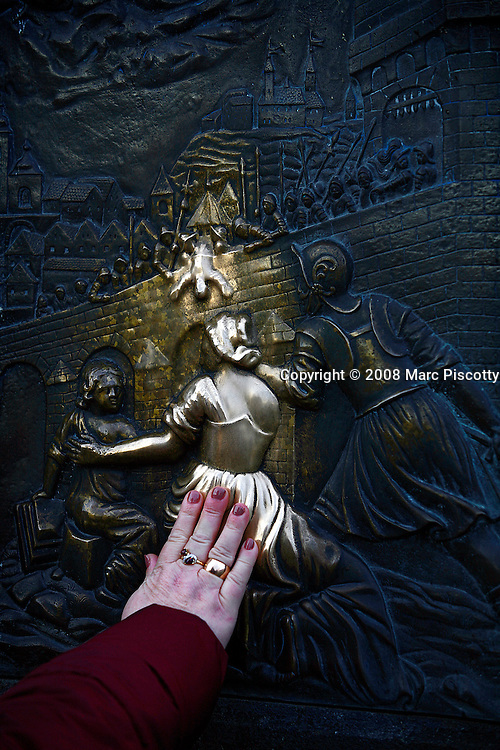