SHOT 1/12/09 3:41:21 PM - Monarch Pass (el. 11,312 feet (3,448 m)) is a high mountain pass in the Rocky Mountains of south-central Colorado in the United States. The pass is located on the continental divide at the southern end of the Sawatch Range along the border between Gunnison and Chaffee counties, approximately 25 miles (40 km) west of the town of Salida. The pass carries U.S. Highway 50 over the Sawatch Range, providing a route between Tomichi Creek in the upper basin of the Gunnison River on the west and the South Arkansas River, a tributary of the Arkansas River on the east. The pass is traversable by all vehicles under most conditions and is generally open year-round. It is prone to heavy winter snowfall however, and is often temporarily closed in heavy winter storms. During icy conditions, a single runaway truck ramp on the south side provides security for truckers who need to use it if they lose control. The pass is widely considered one of the most scenic in Colorado, offering a panoramic view of the southern end of the Sawatch Range from the summit. A gift shop and small restaurant are located at the pass. During the summer, an aerial tram from the parking lot at the summit lets visitors ascend to the top of Monarch Ridge above the pass (at approximately 12,000 feet above sea level), allowing a wider view of the surrounding peaks. During the winter, visitors enjoy skiing at Monarch ski area..(Photo by Marc Piscotty / © 2009) 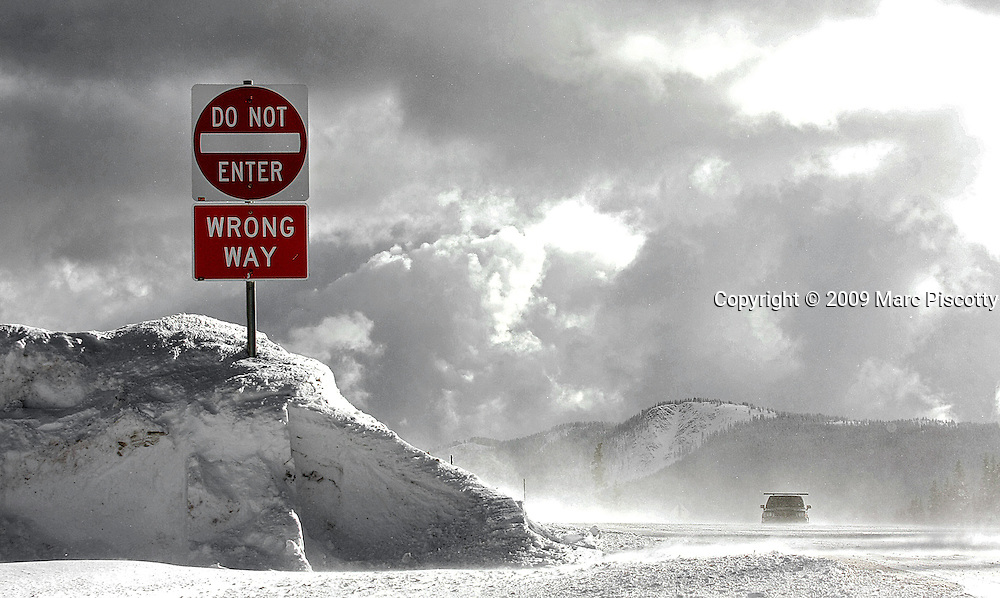