(DENVER, Co., Shot 8/13/2004) .Herdez-Herdez Competition's Mario Dominguez (#55) races around Turn 1 during Champ Car Qualifying Friday at the CENTRIX Financial Grand Prix of Denver. Practice and qualifying continues Saturday for the 3rd Annual CENTRIX Financial Grand Prix of Denver on Sunday. The top three qualifying drivers in the Champ Car series Friday were Sebastien Bourdais, Mario Dominguez and Paul Tracy. The Centrix Financial Grand Prix of Denver is a former Champ Car race held on a street course in Denver, Colorado. A Champ Car race was first held in Denver at Centennial Park dirt oval in 1951 and 1952 under AAA sanctioning. 48 years later Champ Cars returned to Denver with a downtown CART-sanctioned race. However, like the previous incarnation, that race also lasted only two years. CART returned to Denver in 2002 with a race on a 1.64 mile (2.64 km) temporary circuit around Pepsi Center. The final race was held in 2006. Champ Car initially put the race on its 2007 schedule but removed it after conflicts with other events could not be reconciled, and the possibility of a 2008 race was ruled out due to scheduling conflict with the Democratic National Convention..(Photo By MARC PISCOTTY/ © 2004) 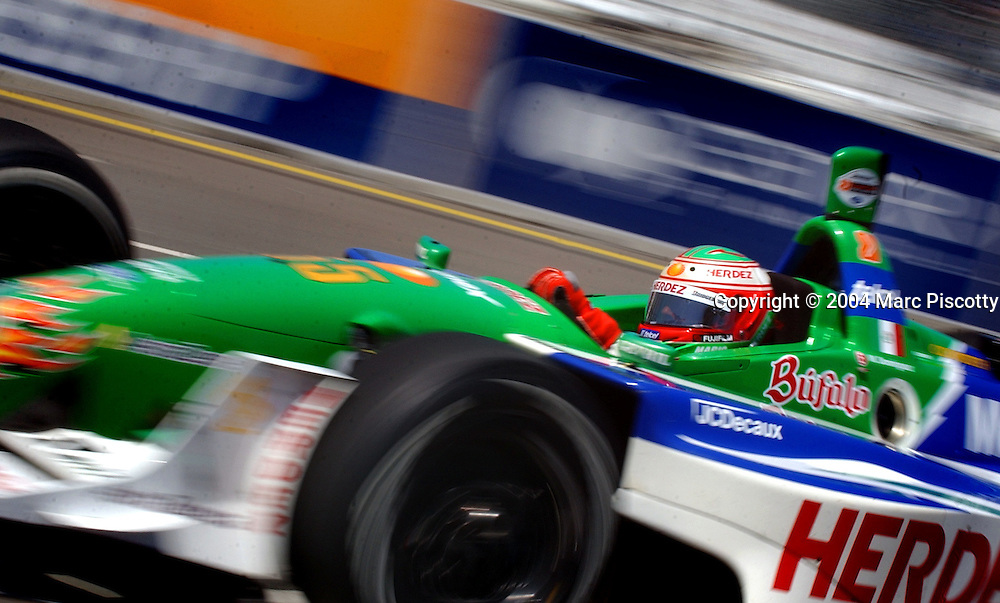