SHOT 11/4/08 5:23:33 PM - Image of a traditional barn in a rural setting in Elbert, Co. Elbert is an unincorporated town and a U.S. Post Office located in Elbert County, Colorado, United States. The town is named for a past Colorado territorial governor and state Supreme Court Justice Samuel Hitt Elbert. The small town was a bustling center until a May 31st, 1935, flood washed away half of the town. The flood was caused by an overflow of Kiowa Creek, which lies next to the town...The town now houses a mini mart, a small saloon, a feed store, local schools, and several churches. The majority of Elbert residents are involved in the agriculture sector...During the summer, Elbert is much busier due to a nearby Boy Scout Camp, Peaceful Valley Scout Ranch, which has 10,000 visitors every summer. Additionally, 2.8 miles south of Elbert lies the J-CC Ranch Camp..Geographically, Elbert lies on Elbert Road, which connects the town of Kiowa to US 24. The largest nearby city is Elizabeth, which is about 15 minutes away..(Photo by Marc Piscotty / © 2008) 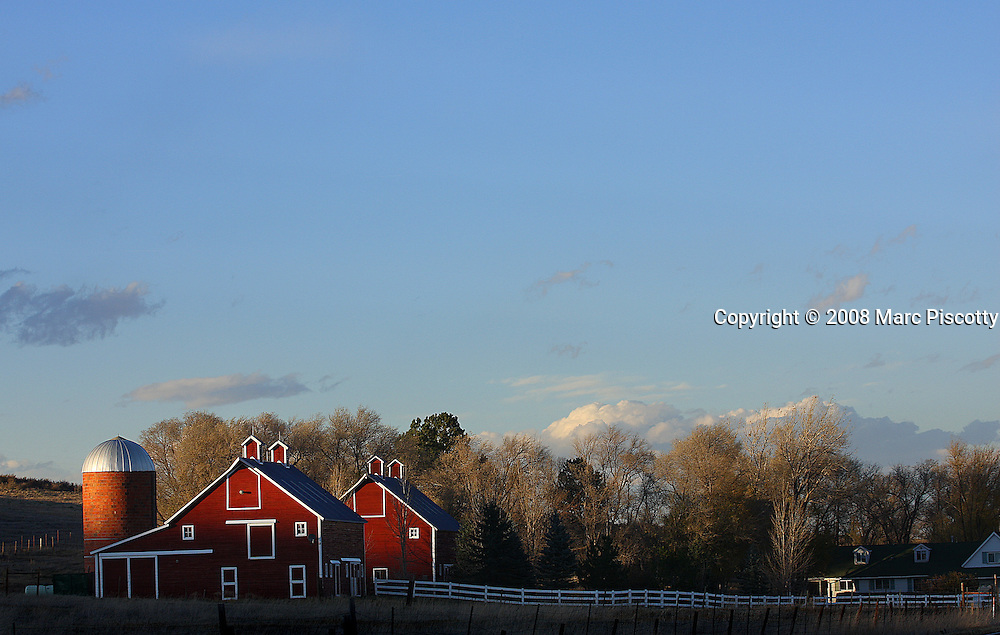