SHOT 1/22/2003 - Jacob Rouse, 27, of Nathrop, Colo. is a ranch hand on the Deer Valley Ranch near Buena Vista, Colo. He breaks wild horses for the ranch and hopes that as a cowboy he's not the last of a breed. He said, "a lot of ranchers are selling out because of the drought and you hate to see it go". He worked on a ranch as a kid off and on during his childhood. The National Western Stock Show is held every January at the National Western Complex in Denver, Colorado. First held in 1906, it is the world's largest stock show by number of animals and offers the world’s only carload and pen cattle show in the historic Denver Union Stockyards. The stock show is governed by the Western Stock Show Association, a Colorado 501 (c) 3 institution, which produces the annual National Western Stock Show in an effort to forward the association's mission: "To preserve the western lifestyle by providing a showcase for the agricultural industry through emphasis on education, genetic development, innovative technology and offering the world's largest agricultural marketing opportunities." Proceeds from the National Western Stock Show go to the National Western Scholarship Trust. The Trust awards 64 scholarships annually to students studying agriculture and medicine to practice in rural areas at colleges and universities in Colorado and Wyoming. The Western cowboy hat is recognized around the world as part of "cowboy" lore. It is the defining piece of attire for farm and ranch workers in the western United States, Canada and northern Mexico. The concept of a broad-brimmed hat with a high crown worn by a rider on horseback came primarily from the tradition of the Mexican vaquero. However, the cowboy hat as known today has many antecedents to its design, including Mexican hats such as the sombrero and galan, the various designs of wide-brimmed hat worn by farmers and stockmen in the eastern United States, as well as the design used by the United States Cavalry.The shape of a cowboy 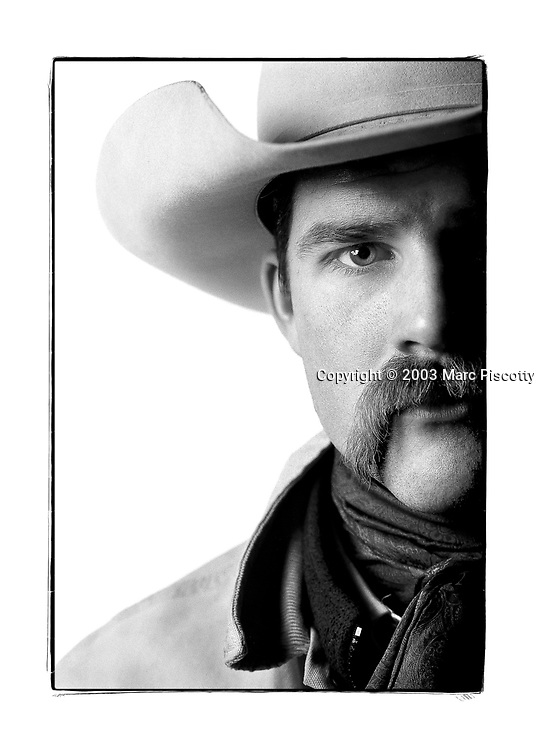