SHOT 11/1/09 10:37:07 AM - Children play on the streets of the medina in Marrakech or Marrakesh, Morocco. Marrakech is known as the "Red City", is an important and former imperial city in Morocco. It has a population of 1,070,838 (as of 2004), and is the capital of the mid-southwestern economic region of Marrakech-Tensift-Al Haouz, near the foothills of the snow-capped Atlas Mountains. Like many North African and Middle Eastern cities, Marrakech comprises both an old fortified city (the médina) and an adjacent modern city (called Gueliz). Marrakech has the largest traditional market (souk) in Morocco and also has one of the busiest squares in Africa and the world, Djemaa el Fna. The square bustles with acrobats, story-tellers, water sellers, dancers, and musicians. By night, the square turns into food stalls, becoming a huge open-air restaurant. Morocco, officially the Kingdom of Morocco is a country located in North Africa with a population of nearly 32 million people and an area just under 173,000 squrare miles. (Photo by Marc Piscotty / © 2009) 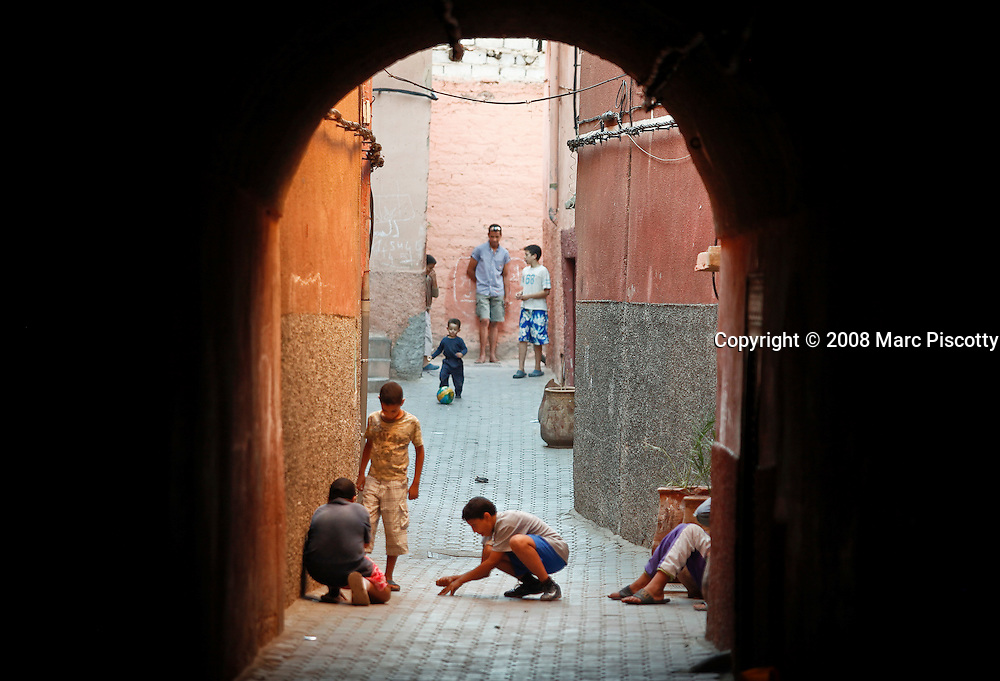