SHOT 10/12/09 12:11:35 PM - The orginal North Park Theatre sign on Hertel Avenue in Buffalo, N.Y. The North Park Theatre opened Nov.21,1920 with a seating capacity of 1,420. The Architect was Henry L. Spann and the Interior Designer was Raphael Beck. The theatre is now run by Dipson Theaters and mostly shows independent movies, but occasionally has mainstream features. Buffalo, N.Y. is the second most populous city in the state of New York and is located in Western New York on the eastern shores of Lake Erie and at the head of the Niagara River. By 1900, Buffalo was the 8th largest city in the country, and went on to become a major railroad hub, the largest grain-milling center in the country and the home of the largest steel-making operation in the world. The latter part of the 20th Century saw a reversal of fortunes: by the year 1990 the city had fallen back below its 1900 population levels. (Photo by Marc Piscotty / © 2009) 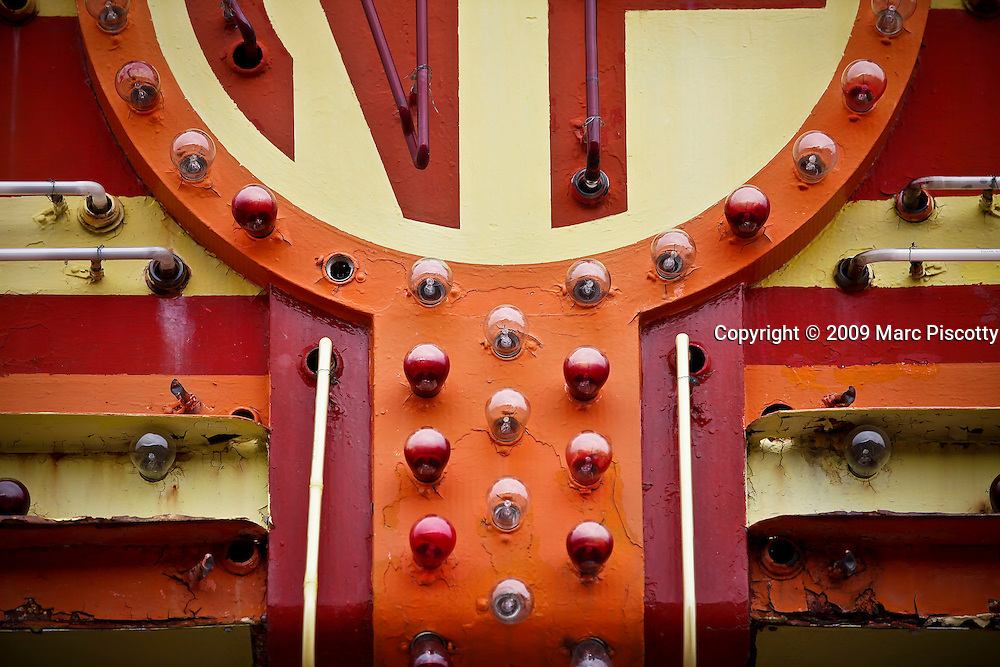