SHOT 10/23/19 10:10:00 AM - An abandoned and boarded up home in the Broadway-Fillmore neighborhood of Buffalo, N.Y. the area was once home to a large Polish/Eastern European population in Buffalo. The neighborhood has long since fallen into poverty and disrepair due to the "white flight" to the suburbs (particularly Cheektowaga) in the mid-late 20th century, although it still enjoys a brief renaissance every Easter due to the local Easter celebrations and Dingus Day. Buffalo, NY is a city on the shores of Lake Erie in upstate New York. Its fine neoclassical, beaux arts and art deco architecture speaks to its history as an industrial capital in the early 20th century. Its landmarks include the 398-ft art deco City Hall, the Frank Lloyd Wright–designed Darwin D. Martin House and the Albright-Knox Art Gallery, a Greek Revival museum with works by Picasso and Warhol. (Photo by Marc Piscotty / © 2019) 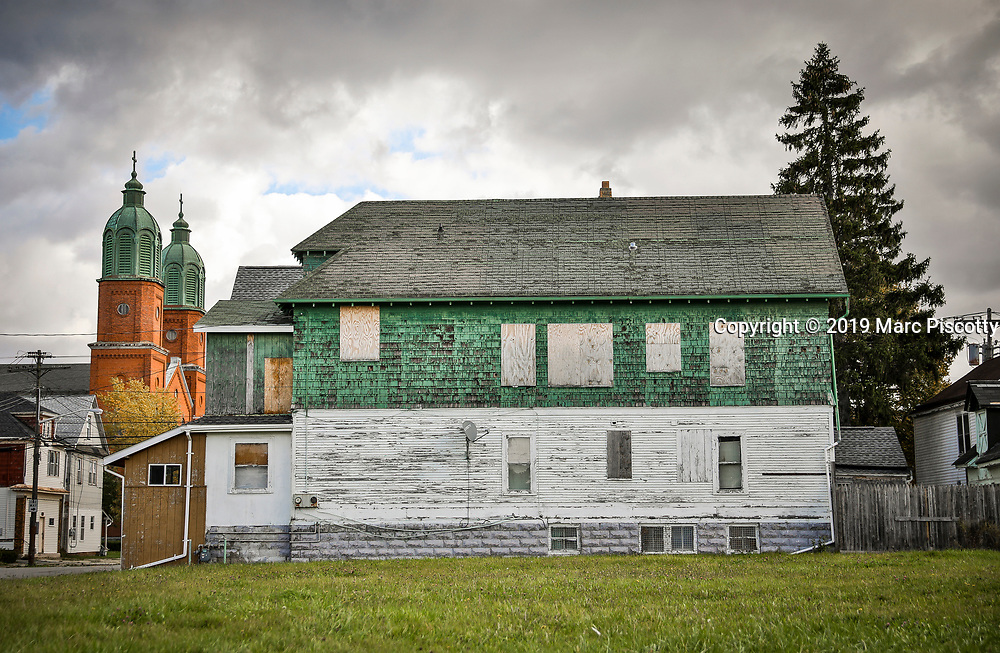