SHOT 3/17/11 11:55:40 AM - Graffiti on a wall of a building in the Scharloo area of Willemstad. Once thought of as the nicest, most upscale area on the island, the area of Scharloo is a compilation of beautiful old mansions some that have been completely restored and others in various states of disrepair. Willemstad is the capital city of Curaçao, an island in the southern Caribbean Sea that forms a constituent country of the Kingdom of the Netherlands. Formerly the capital of the Netherlands Antilles prior to its dissolution in 2010, it has an estimated population of 140,000. The historic centre of the city consists of two quarters: Punda and Otrobanda. The city center of Willemstad boasts an array of colonial architecture that is influenced by Dutch styles. The city center, with its peculiar architecture and beautiful harbour entry, has been made a UNESCO world heritage site. (Photo by Marc Piscotty / © 2010) 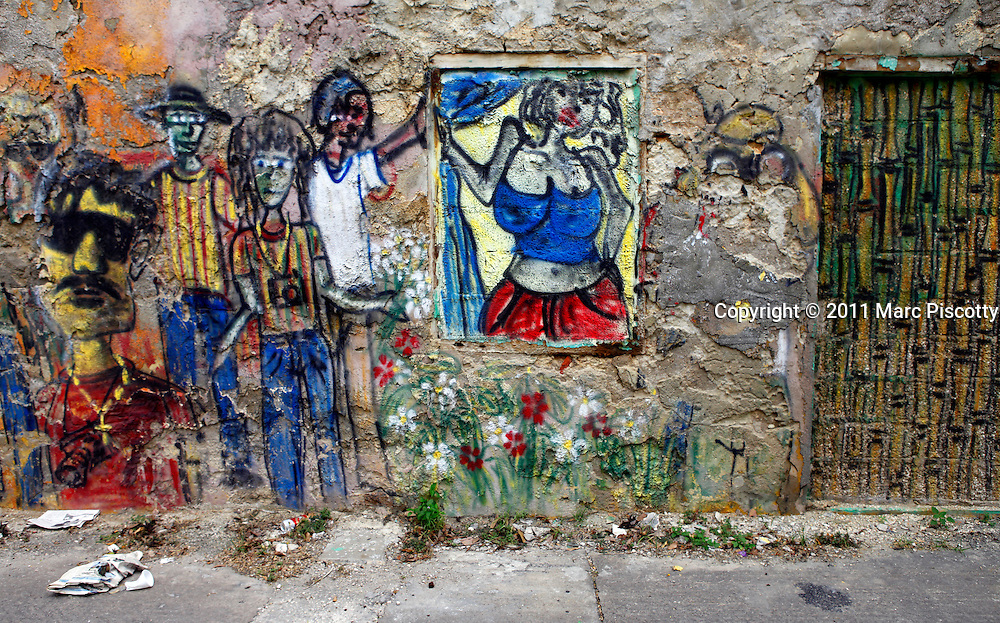