SHOT 8/4/10 10:35:52 AM - Former Tour de France champion Lance Armstrong and Colorado Governor Bill Ritter officially announced plans today for an elite international cycling race to take place in Colorado in 2011 at a press conference on the steps of the state Capitol. The Quiznos Pro Challenge will be the first pro-cycling event in the state since the Coors Classic, which ran from 1979-1988. The Challenge will be held Aug. 22-28, 2011. It will feature a mix of mountain, sprint and downtown stages, and is expected to draw the top cycling teams from around the world. After the press conference Armstrong and Ritter joined an estimated 2,000 cyclists that had attended on a bike ride to Washington Park. (Photo by Marc Piscotty / © 2010) 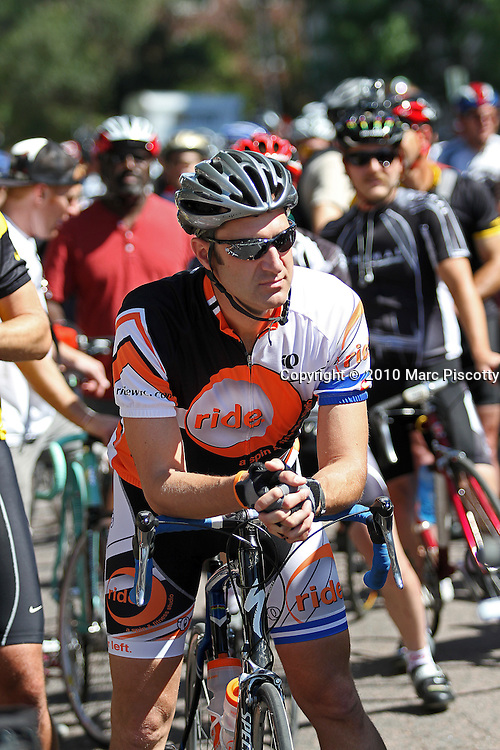