SHOT 9/23/2007 - Arsen Semenov, 27 (left) and Zema Alieva, 22 (right) walk past a dress and handbags on display in the front window of the Christian Dior store at Hopkins Ave. and Galena St. in Aspen, Co. on Sunday September 23, 2007. The store is just one of many of the high end luxury stores found in the mountain town that has become known as a playground for the rich and famous. Designer labels such as Prada, Bulgari and Gucci all have locations in Aspen. Semenov and Alieva both are originally from Russia but live now in Aspen.The city emerged as a skiing mecca following World War II and the foundation of the Aspen Skiing Company by Walter Paepcke, a Chicago industrialist who sought to create a utopian community of the mind and body. This historic character of the city has been challenged in recent decades by skyrocketing property values and the proliferation of second homes, increasingly shutting low- and middle-income workers out of the city and creating a large pool of commuters from nearby bedroom communities such as Basalt and Carbondale. At the same time, in stark contrast to its historic character, the city has emerged into international fame as a glitzy playground of the wealthy and famous..(Photo by Marc Piscotty / © 2007) 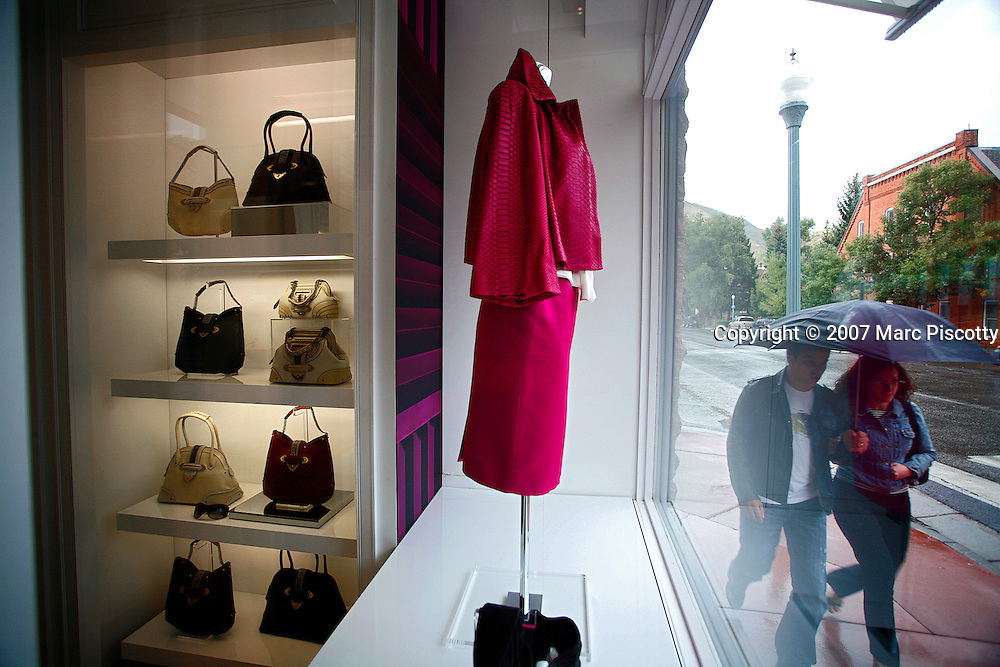