SHOT 7/22/2007 - Dana Ottenbreit of Denver was one of the many women who were both fashionable and cool in their hats during Smith Barney Championship Day Sunday July 22, 2007 at the 20th Annual Denver Polo Classic at the Polo Reserve Development near Mineral and Santa Fe in Littleton. Ottenbreit said it was her third or fourth year at the event and said the hat definitely helped keep her cooler in the scorching July heat of the day. The 2007 Denver Polo Classic Presented by Avanade is the largest charity polo event in the U.S. Throughout the three-day weekend, four teams comprised of local, regional and international polo players will compete to play on championship day for the coveted Denver Polo Cup trophy. To date the event has raised more than $2 million for Colorado?s disadvantaged children and the charities that serve them. Team BKD won the Denver Polo Cup trophy with a 13-11 overtime victory over Team Avanade..(Photo by Marc Piscotty / © 2007) 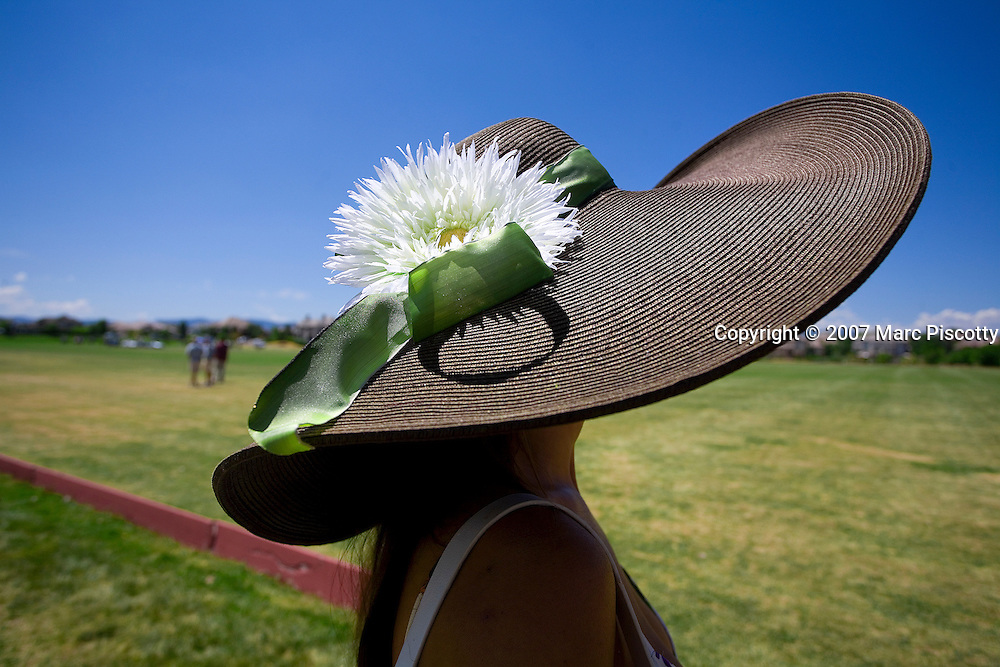