SHOT 12/20/10 12:18:09 PM - Sculptor Stephen C. LeBlanc of Parker, Co. works on a clay model of a bear that will eventually be cast in bronze. He runs Prairie West Studios out of a studio out back of his home and is also the host of Browning Expeditions, a hunting show on ESPN Outdoors. He started hunting as a child which led to him developing an interest in taxidermy and eventually sculpting some of the animals he has hunted. He has a sizable trophy room in the basement of his home which he uses, along with skull and bone sample measurements, to aid in the realism of his sculpture work. His sculptures are all cast in bronze and he has numerous pieces in Colorado and all across the world. (Photo by Marc Piscotty / © 2010) 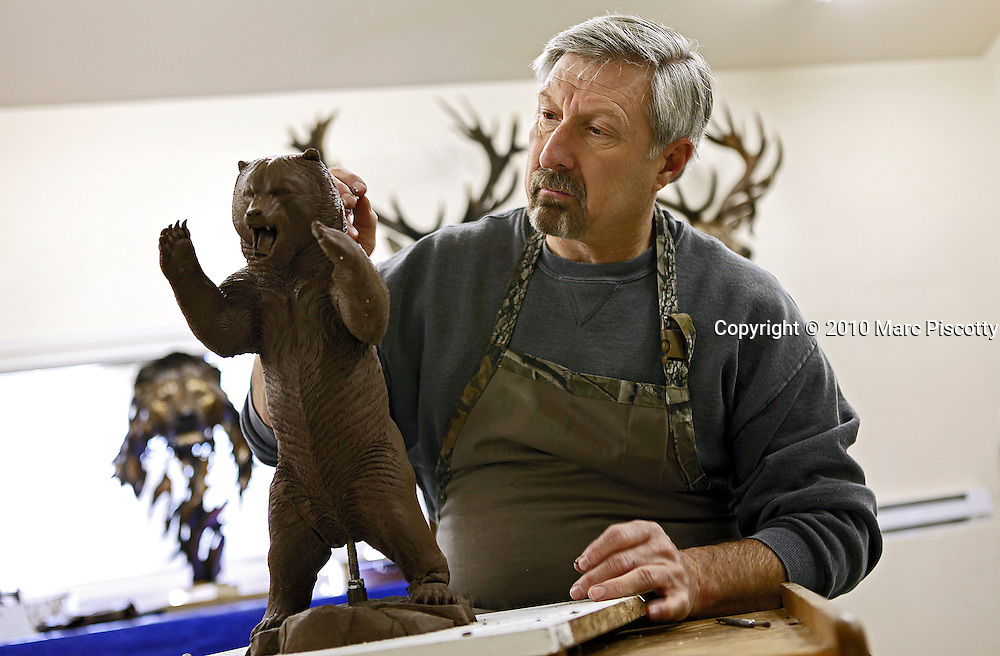