SHOT 8/7/2007 - The Columbine Memorial, the official public memorial of the 1999 school shooting in Littleton, Co., is nearing completion and is scheduled to be dedicated in a public ceremony on September 21, 2007. The memorial, built in Clement Park adjacent to Columbine High School, is being built to honor and remember the innocent victims of the April 20, 1999 shootings at the school. The total project cost of the memorial is $2 million which includes construction costs of $1.5 million and an additional $500,000 for a maintenance endowment. Groundbreaking for the Columbine Memorial took place on June 16, 2006. .(Photo by Marc Piscotty / © 2007) 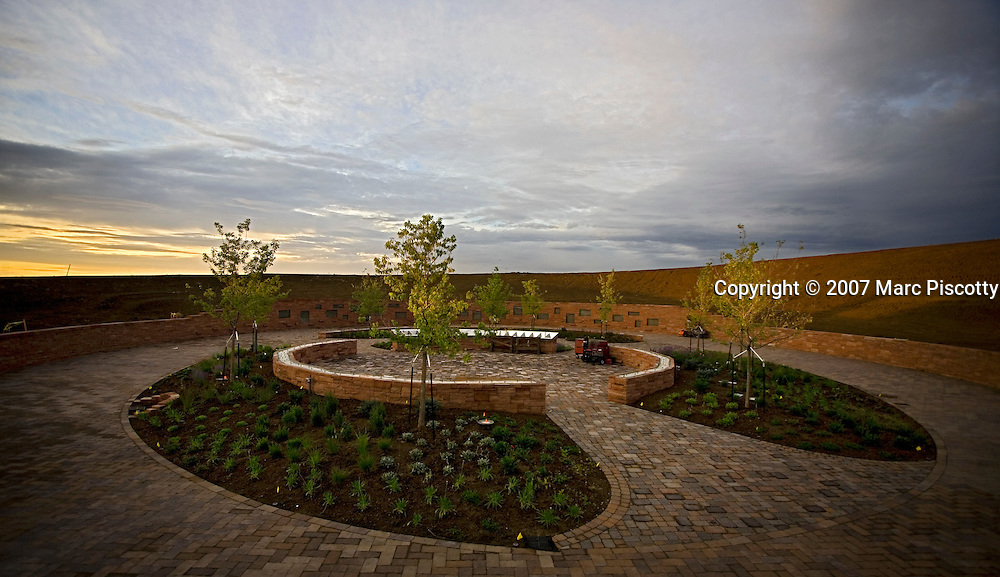