SHOT 7/29/2007 - Flag catcher Valerie Amphonephong (on bow of boat), 13, of Aurora raises her arm in victory as the rest of her Lao Buddhist Temple teammates celebrate their win in the championship of the youth division of the 2007 Colorado Dragon Boat Festival. The team won two races in a row because their opponent in the championship hadn't lost a race in the double elimination format of the races. The sport of Dragon boat racing is over 2000 years old and features teams of 18 paddlers - nine men and nine women plus someone to steer the boat - all rowing in sync to the beat of a drum and racing to a flag 200 meters away on Sloan's Lake in Denver, Co. Founded in 2001 to celebrate Denver?s rich Asian Pacific American culture, the Colorado Dragon Boat Festival has become the region?s fastest growing and most acclaimed new festival. Festival-goers get to explore the Asian culture through demonstrations, crafts, shopping, eating, and the growing sport of dragon boat racing. .(Photo by Marc Piscotty / © 2007) 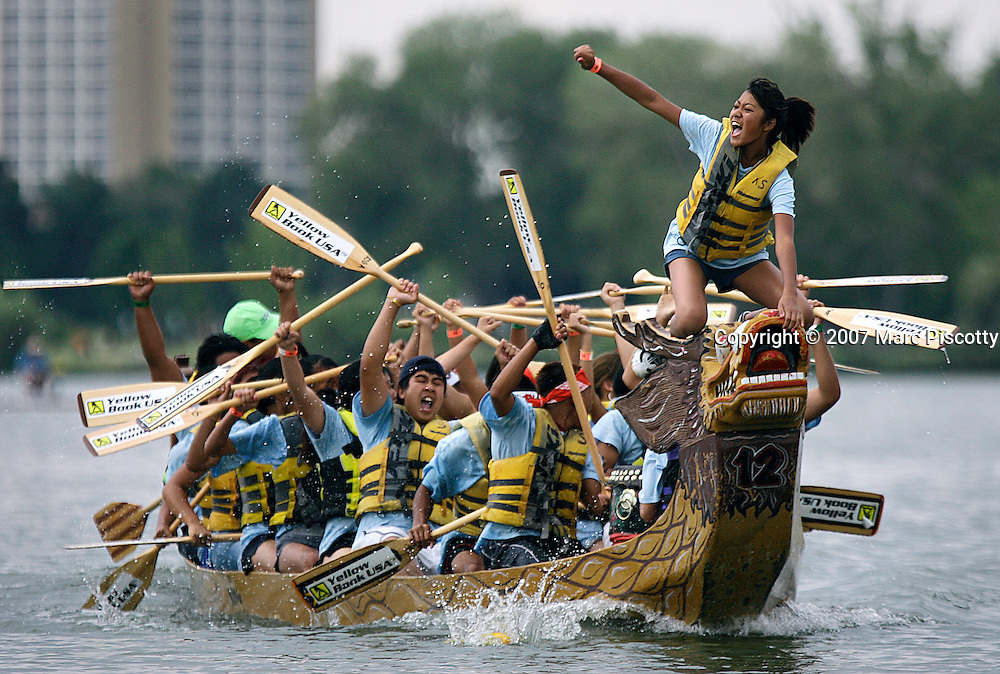