DENVER - MARCH 26: Attorney General Alberto R. Gonzales (right) talks as Colorado Attorney General John W. Suthers (left) listens on with other law enforcement and community members while they highlight the ongoing efforts to combat sexual abuse and exploitation of children in Colorado at a round table discussion at the U.S. Attorney's Office in Denver, Co. on Monday March 26, 2007. Gonzales has been under heavy criticism lately from all sides over the firing of eight U.S. attorneys that some say was a politically motivated decision.Alberto R. Gonzales (born August 4, 1955) is an American jurist who served as the 80th Attorney General of the United States. Gonzales was appointed to the post in February 2005 by President George W. Bush. Gonzales was the first Hispanic to serve as United States Attorney General. While Bush was Governor of Texas, Gonzales had served as his general counsel, and subsequently he served as Secretary of State of Texas and then on the Texas Supreme Court. From 2001 to 2005, Gonzales served in the Bush Administration as White House Counsel.[1] Amid several controversies and allegations of perjury before Congress, on August 27, 2007 Gonzales announced his resignation as Attorney General, effective September 17, 2007..(Photo by Marc Piscotty/ © 2007) 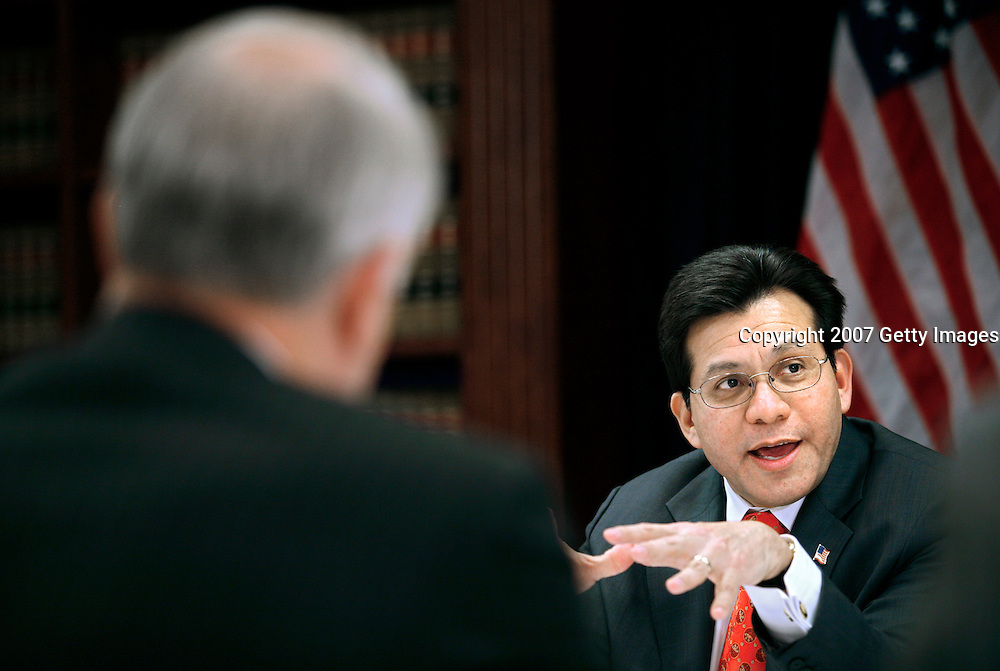