SHOT 7/23/12 4:13:37 PM - A Batman memorial poster was one of the items left as community members pay their respects to the victims of the movie theater shootings at a makeshift memorial near the Century 16 Movie Theaters at the Aurora Town Center in Aurora, Colo. Twelve crosses have been placed at the memorial by Greg Zanis, from Aurora, Ill., the same man behind the crosses dedicated after the Columbine shootings thirteen years ago. James Eagan Holmes will face charges in the shootings that occurred on Friday July 20, 2012 in which twelve people were killed and another 58 were injured. (Photo by Marc Piscotty / © 2012) 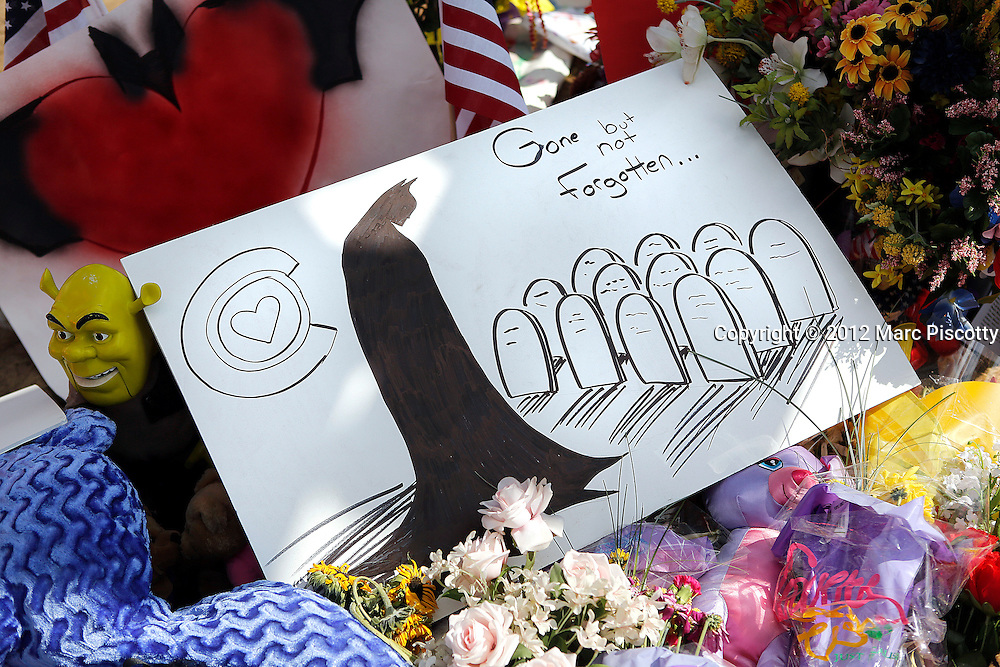