SHOT 10/23/2007 - Storefronts, some in English and some in Chinese, line one of the streets in Chinatown in San Francisco, Ca. The City and County of San Francisco is the fourth most populous city in California and the fourteenth-most populous in the United States. San Francisco is a popular international tourist destination renowned for its steep rolling hills, an eclectic mix of Victorian and modern architecture, its large LGBT (lesbian, gay, bisexual, and transgender) population, and its chilly summer fog and mild winters. As a port city, San Francisco's Chinatown formed in the 1850s and served as a gateway for incoming immigrants who arrived during the California gold rush and construction of the transcontinental railroads of the wild western United States. Chinatown was later reconceptualized as a tourist attraction in the 1910s. Once a community of predominantly Taishanese Chinese-speaking inhabitants, it has remained the preeminent Chinese center in the United States..(Photo by Marc Piscotty © 2007) 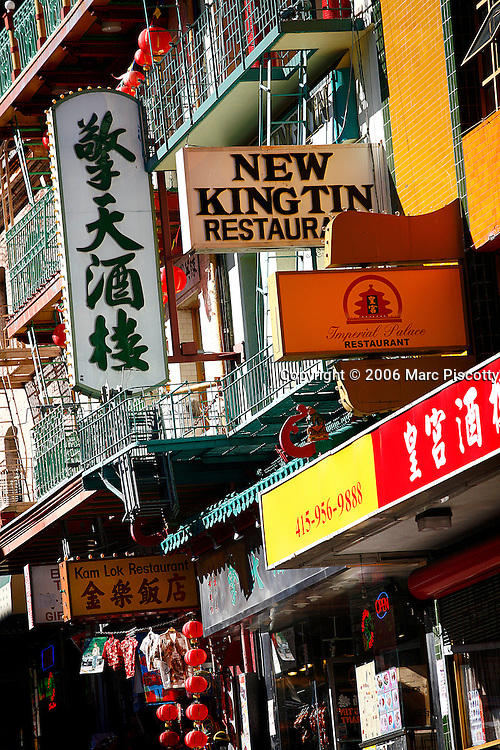