SHOT 2/18/08 12:29:39 PM - Portraits of various dogs at the 13th Annual Rocky Mountain Cluster dog show at the National Western Complex in Denver, Co. "Bruce", a 15 month old male Hairless Chinese Crested owned and shown by Gary and Serena Galloway of Loveland, Co. puts on his best ferocious look. The Chinese Crested Dog is a smaller (10-13 lbs) breed of dog known for its unusual appearance and entertaining personality. It is a member of the toy dog group. Two types can be born in the same litter; the Hairless and the Powderpuff. Chinese Cresteds tend to be affectionate, energetic and playful. They are considered great family pets, with endearing personalities. Early Chinese Cresteds may have been valued as ratters (ratcatchers), both on ships and in agricultural communities, though such traits are rarely evident in the breed today. The breed has also been called the Chinese Edible Dog, the Chinese Hairless Dog, the Chinese Ship Dog, the Chinese Royal Dog. Recent DNA has established that the dog is of African origin and shares genes with the Basenji. The winner of the 2007 World's Ugliest Dog Contest held at the Sonoma-Marin county fair in California was a Chinese Crested-Chihuahua mixed breed dog. The competition features some of the top show dogs in the country and showcases close to 200 different breeds. Some 3,500 dogs and some of the top handlers in the country compete at the event which follows on the heels of Westminster. In a conformation show, judges familiar with specific dog breeds evaluate individual dogs for how well they conform to published breed standards. Conformation shows are also referred to as dog shows or breed shows. Conformation shows are typically held under the auspices of a national kennel club. At the highest levels are Championship or all-breed shows, which have separate classes for the majority of breeds.(Photo by Marc Piscotty / © 2008) 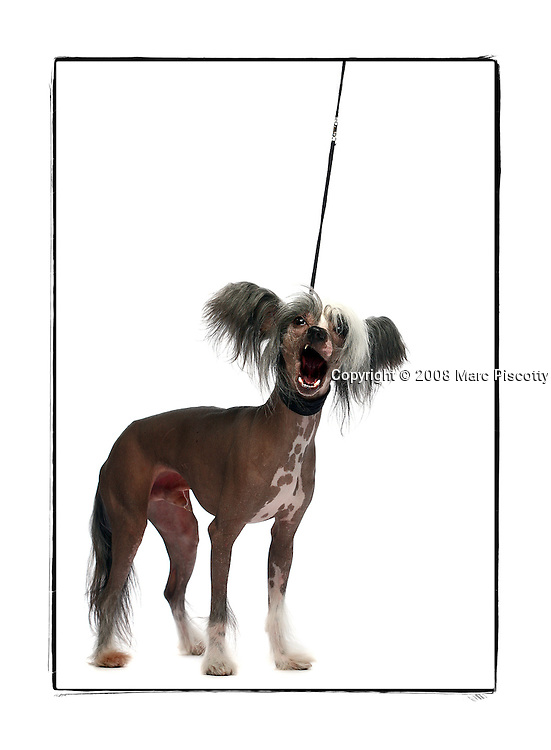