SHOT 10/24/08 4:14:01 PM - Dr. Randy Johnston at the Cheyenne Eye Clinic in Cheyenne, Wyo. Johnston is holding a single dose of Avastin and a vial equal to the amount of the drug that used to be wasted under the CAP program. Johnston a Cheyenne, Wyo. ophthalmologist, signed up for Medicare's competitive acquisition program in 2006 with high hopes.As a CAP participant, he would no longer have to buy the Part B drugs his practice used and then bill patients for them; instead, a drug vendor would take on that role. CAP, launched in January 2006, was created as an alternative to the average sales price system of billing for Part B injected or infused drugs. Under CAP, doctors receive their drugs from BioScrip, Inc., a government-chosen vendor. Physicians then bill Medicare only for administering the medications. In its first three years of operation, about 4,200 physicians opted into the voluntary program - a lower-than-expected number, CMS officials said. Johnston said the program never lived up to his expectations because in addition to dealing with myriad forms and phone calls, Dr. Johnston also said the program's waste bothered him. Before he joined CAP, a pharmacy divided a vial of Avastin into many doses for his patients. BioScrip couldn't do that so Dr. Johnston extracted a single dose and tossed the rest. "That was the final straw," Dr. Johnston said. "I just couldn't stand throwing away the other 399 doses out of every vial and having every patient pay for essentially 400 doses when they're just using one.".(Photo by Marc Piscotty / © 2008) 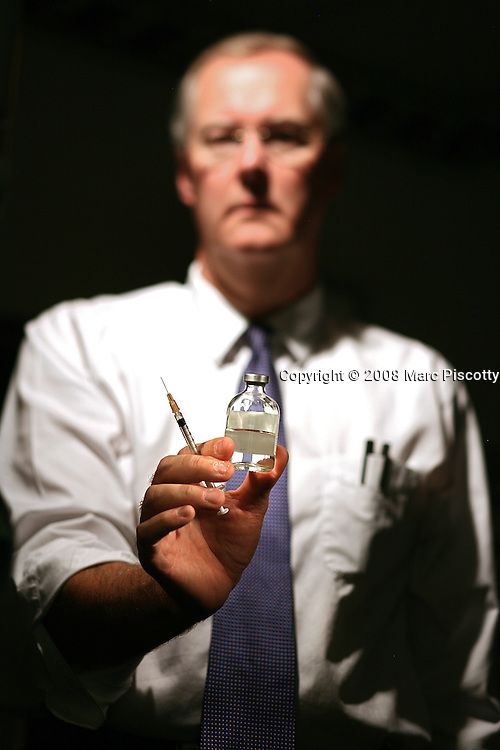