SHOT 1/15/08 1:51:17 PM - Members of the Westernaires ride with American flags in a show of patriotism as cowboys drive Texas Longhorn Cattle through the streets of Downtown Denver Tuesday January 15, 2007 during the National Western Stock Show Parade. The National Western Stock Show is held every January at the National Western Complex in Denver, Colorado. First held in 1906, it is the world's largest stock show by number of animals and offers the world?s only carload and pen cattle show in the historic Denver Union Stockyards. The Westernaires are a non-profit organization for more than 1,000 dedicated young people, ages 9 to 19, from Jefferson County, Colorado. The group encourages self-respect, responsibility and leadership through horsemanship and family participation. For over fifty years, Westernaires has trained young people to use their talents and skills in the best traditions of the West. The Super Bowl of livestock shows, National Western hosts 20 breeds of cattle, horses, sheep, swine, goats, llamas, bison, yak, stock dogs, poultry and rabbits. The 2008 National Western runs from January 12-27 this year..(Photo by Marc Piscotty / © 2008) 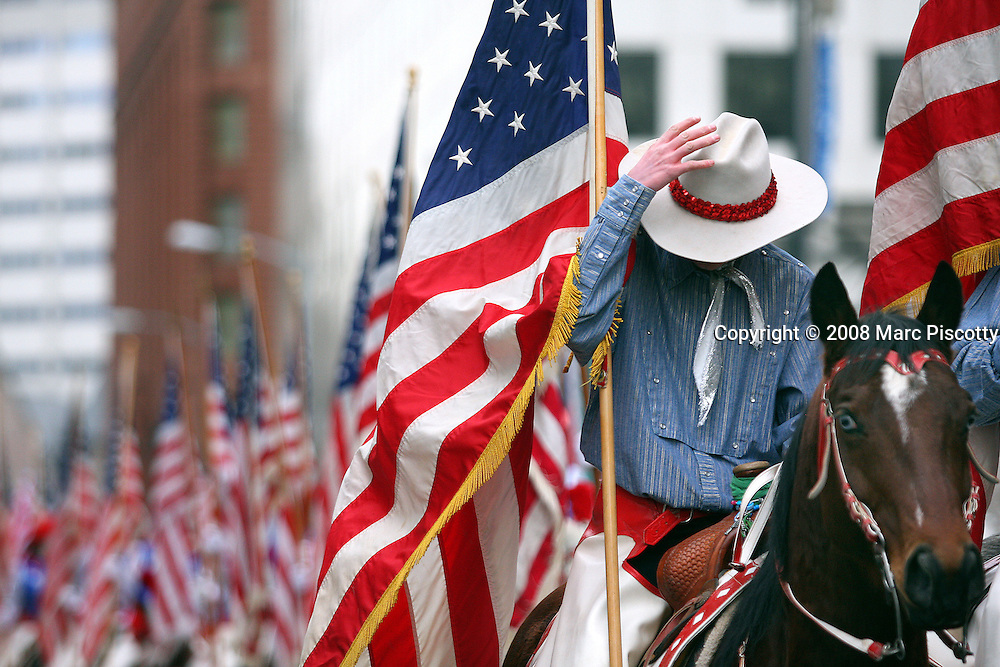