SHOT 9/7/2007 - A pair of jellyfish float and glow under an iridescent light in a display at the Shedd Aquarium in Chicago, Ill. Jellyfish are marine invertebrates of the class Scyphozoa, and can be found in every ocean in the world. The body of an adult jellyfish consists of a bell shape producing jelly and enclosing its internal structure, from which tentacles are suspended. Each tentacle is covered with cells called cnidocytes, that can sting or kill other animals. Most jellyfish use these cells to secure prey or for defense. Jellyfish lack basic sensory organs and a brain, but their nervous systems and rhopalia allow them to perceive stimuli, such as light and odor, and respond quickly. They feed on small fish and zooplankton that become caught in their tentacles. Most jellyfish are passive drifters and slow swimmers. Since jellyfish are not fish, some people consider the term "jellyfish" a misnomer, and instead use the term "jellies" or "sea jellies". Jellyfish is a delicacy in the Chinese community and many Asian countries..(Photo by Marc Piscotty © 2007) 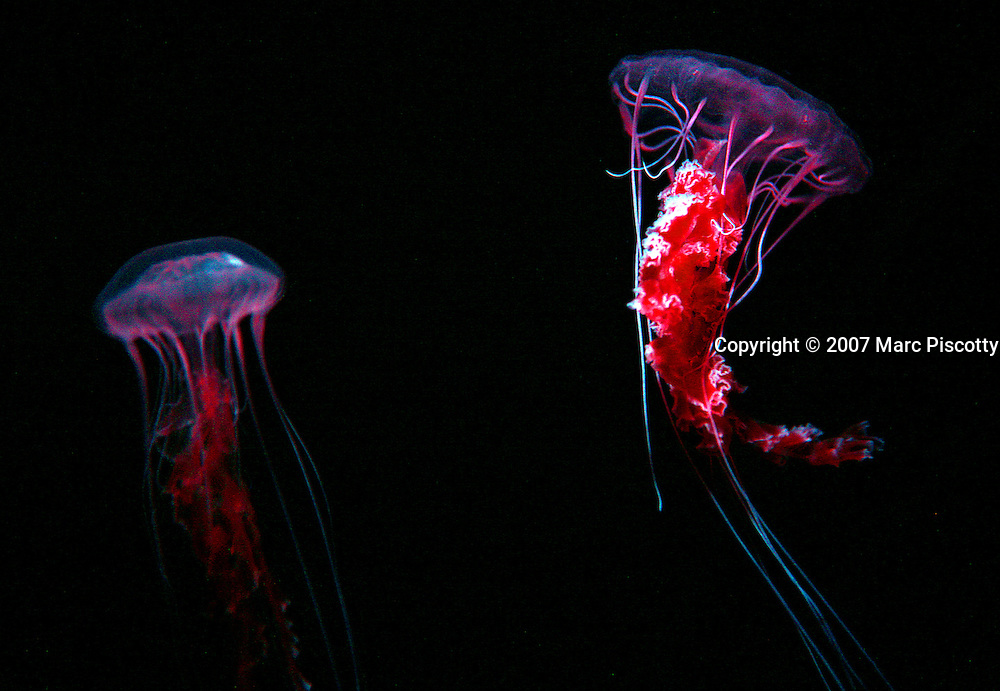