SHOT 10/13/09 2:26:51 PM - The art-deco dome of City Hall in downtown Buffalo, N.Y. Buffalo City Hall is the seat for municipal government in the City of Buffalo, New York State. Located at 65 Niagara Square, the 32 story Art Deco building was completed in 1931 by Dietel, Wade & Jones. At 378 ft height or 398 feet from the street to the tip of the tower, it is one of the largest and tallest municipal buildings in the United States of America and is also one of the tallest buildings in Western New York. Buffalo, N.Y. is the second most populous city in the state of New York and is located in Western New York on the eastern shores of Lake Erie and at the head of the Niagara River. By 1900, Buffalo was the 8th largest city in the country, and went on to become a major railroad hub, the largest grain-milling center in the country and the home of the largest steel-making operation in the world. The latter part of the 20th Century saw a reversal of fortunes: by the year 1990 the city had fallen back below its 1900 population levels. (Photo by Marc Piscotty / © 2009) 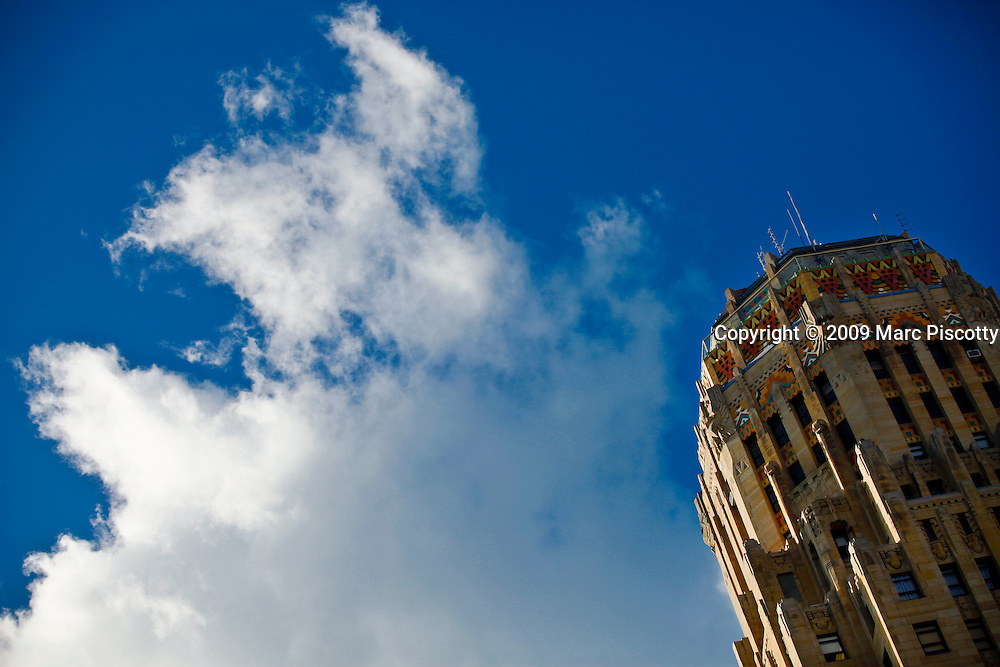