SHOT 7/19/2007 - Mark Merchant, a former Florida State Player of the Year at Oviedo High School, was taken second overall in the 1987 amateur draft one spot behind another center fielder, Ken Griffey Jr. The two players' careers have taken drastically different paths since then with Griffey Jr. becoming one of the game's biggest stars and Merchant out of the game altogether after 11 years in the minor leagues. After injuries to his shoulder and ankle Merchant was never the same player and now lives in Morrison, Co. just outside of Denver where he is a real estate appraiser. Merchant is married with two children, Andrew, 2, and Sydney, 9. He admits missing the game but said he doesn't really follow it anymore. Merchant laughs after catching a ball hit by his son Andrew off of a tee in their backyard in Morrison Thursday evening. Merchant said he is going to leave it up to Andrew to decide if he wants to play baseball somewhere down the line..(Photo by Marc Piscotty / © 2007) 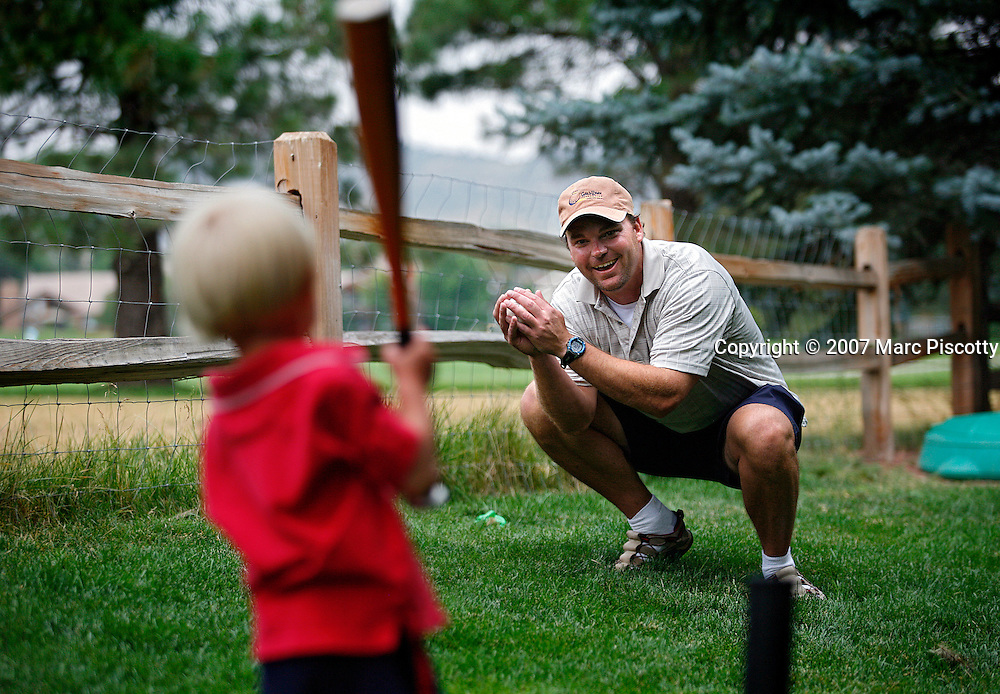