SHOT 1/26/08 5:29:57 PM - Japanese snowboarder Kazuhiro Kokubo (#377) of Sapporo, Japan grabs the tail of his snowboard while airborne high above the superpipe during practice for the elimination round Saturday January 26, 2008 at Winter X Games Twelve in Aspen, Co. at Buttermilk Mountain. Kokubo qualified seventh for the finals with a score of 72.33. The 12th annual winter action sports competition features athletes from across the globe competing for medals and prize money is skiing, snowboarding and snowmobile. Numerous events were broadcast live and seen in more than 120 countries. The event will remain in Aspen, Co. through 2010..(Photo by Marc Piscotty / © 2008) 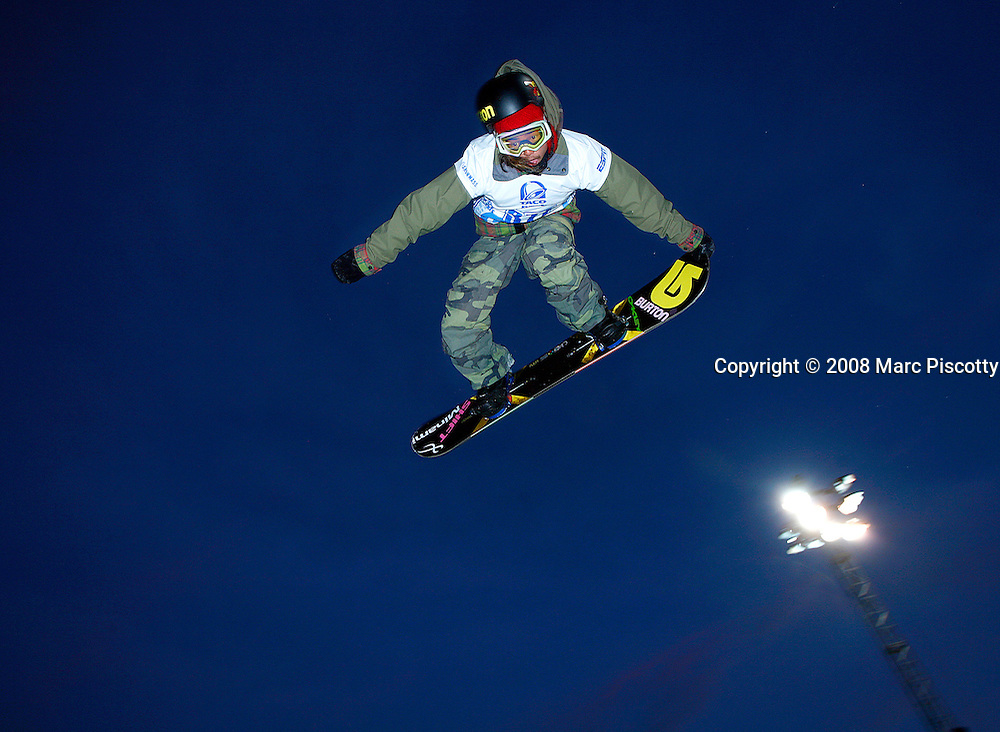