SHOT 3/16/2007 - Former Australian and French Open winner Mary Pierce moved to Edwards, Colo. after undergoing successful surgery to repair a torn ACL in nearby Vail, Co. in December 2006. She is determined to make a comeback on the WTA Tour but only when completely prepared and rehabbed from the injury. She spends most days rehabilitating her left knee at the Howard Head Sports Medicine Center in Vail while living with her mother, Yannick Pierce, in Edwards. Pierce won the Australian Open in 1995 and the French Open in 2000. Pierce laughs along with family members as she holds "Ginger", one of her pet Chihuahuas, in the living room of her Edwards, Co. home..(Photo by Marc Piscotty © 2007) 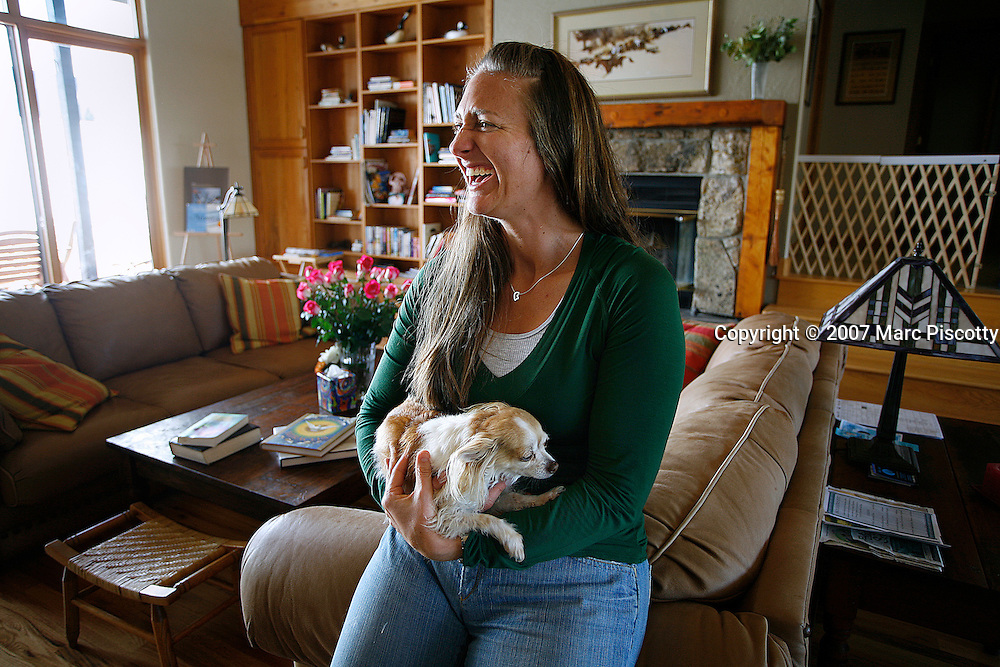