SHOT 10/15/17 6:52:39 PM - Sports Authority Field at Mile High, previously known as Invesco Field at Mile High, and commonly known as Mile High or Mile High Stadium, during a game featuring the Denver Broncos and New York Giants in Denver, Colorado. The field is named after a sponsor and the stadium is named Mile High. The stadium's primary tenant is the Denver Broncos of the National Football League (NFL). The stadium opened in 2001 to replace Mile High Stadium. The stadium was largely paid for by taxpayers in the Denver metropolitan area and the property is owned by a special taxing district.[6][7] More controversially, Invesco paid $120 million for the original naming rights, before Sports Authority secured the naming rights on August 16, 2011. Despite its sponsor's liquidation and closure in 2016, the Sports Authority name is still being used on the stadium for the time being due to contract reasons. (Photo by Marc Piscotty / © 2017) 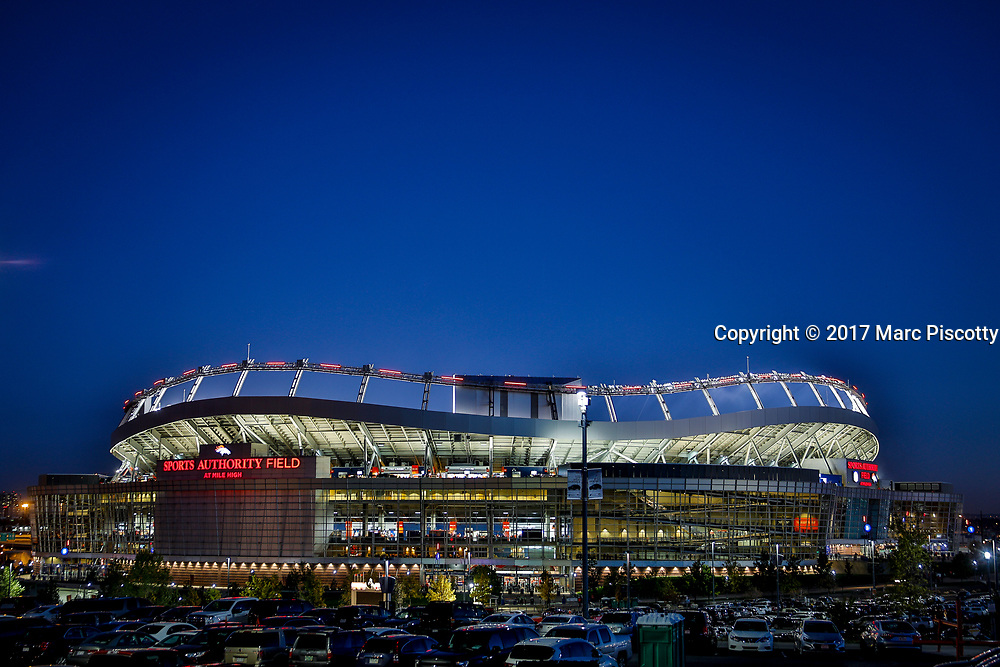