SHOT 9/10/10 12:46:59 PM - Jousting events at the Longs Peak Scottish-Irish Highland Festival in Estes Park, Co. on Friday September 10, 2010. Heavy armor jousting was prominent in the 15th and 16th centuries. Each competitor tries to dislodge their opponent from their horse. In light armor jousting the purpose of this competition is for the competitor to strike his opponent's shield at a designated spot. This jousting was popular in the 12th and 13th century. Jousting in its basic form is a martial contest between two knights mounted on horses and using lances. The skills used in tournaments were a reflection of the martial skills applied to battle where the primary purpose was to try to kill or disable an opponent. The primary purpose of the jousting lance is to unhorse the other by striking them with the end of the lance while riding towards them at high speed. This is known as "tilting". (Photo by Marc Piscotty / © 2010) 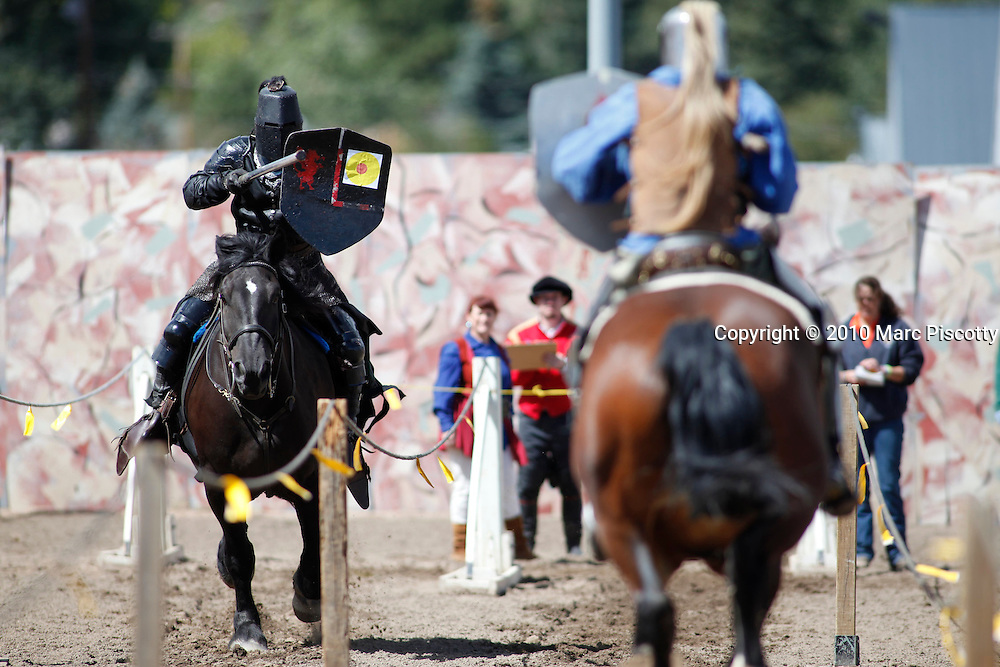