SHOT 9/30/08 2:47:21 PM - A fallen aspen leaf that has already changed color on the ground near Central City, Co. Aspens are trees of the willow family and comprise a section of the poplar genus, Populus sect. Populus. The Quaking Aspen of North America is known for its leaves turning spectacular tints of red and yellow in the autumn of the year (and usually in the early autumn at the altitudes where it lives). This causes forests of aspen trees to be noted tourist attractions for viewing them in the fall. These aspens are found as far south as the San Bernardino Mountains of Southern California, though they are most famous for growing in Colorado. Autumn leaf color is a phenomenon that affects the normally green leaves of many deciduous trees and shrubs by which they take on, during a few weeks in the autumn months, one or many colors that range from red to yellow. The phenomenon is commonly called fall colors and autumn colors, while the expression fall foliage usually connotes the viewing of a tree or forest whose leaves have undergone the change. In some areas in the United States "leaf peeping" tourism between the beginning of color changes and the onset of leaf fall, or scheduled in hope of coinciding with that period, is a major contribution to economic activity. Historic Central City is a Home Rule Municipality that is located in Gilpin County and Clear Creek County, Colorado, United States. The city is a historic mining settlement founded in 1859 during the Pike's Peak Gold Rush. Central City came to be known as the "Richest Square Mile on Earth". Central City and the adjacent City of Black Hawk form the federally designated Central City/Black Hawk National Historic District. The population of Central City and its sister city Black Hawk fell to a few hundred by the 1950s. Casino gambling was introduced in both towns the early 1990s, but had more success in Black Hawk than in Central City..(Photo by Marc Piscotty / © 2008) 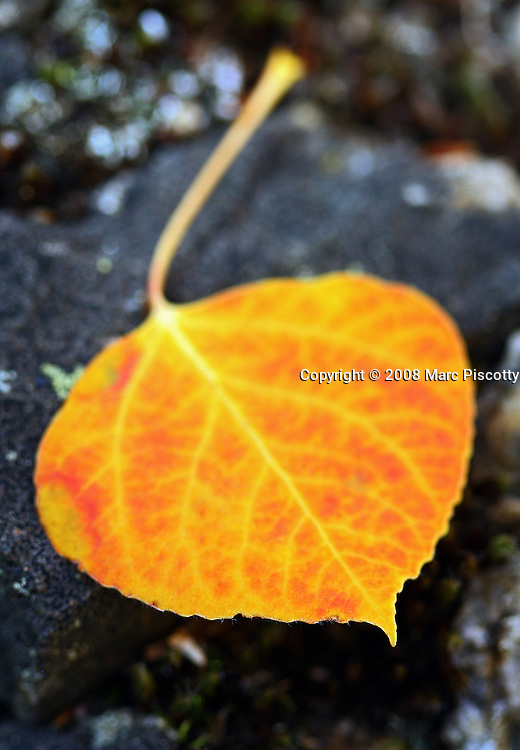