DENVER - FEBRUARY 26: Denver Post editor Greg Moore listens to questions from reporters about the immediate closure Denver's other newspaper, the Rocky Mountain News, at a press conference on Thursday. The Rocky Mountain News, one of two of Denver's daily newspapers, announced Thursday February 26, 2009 that tomorrow's edition would be the final one of the newspaper's almost 150 years of publishing. The newspaper had been put up for sale by its owner, E.W. Scripps, but the search for a buyer proved unsuccessful. "Denver can't support two newspapers any longer," Scripps CEO Rich Boehne told staffers, some of whom cried at the news. "It's certainly not good news for you, and it's certainly not good news for Denver." The Rocky was founded in 1859 by William Byers, one of the most influential figures in Colorado history. Scripps bought the paper in 1926 and immediately began a newspaper war with The Post. That fight ebbed and flowed over the course of the rest of the 20th century, culminating in penny-a-day subscriptions in the late '90s. The closure will cost 228 newsroom employees their jobs..(Photo by Marc Piscotty/ © 2009) 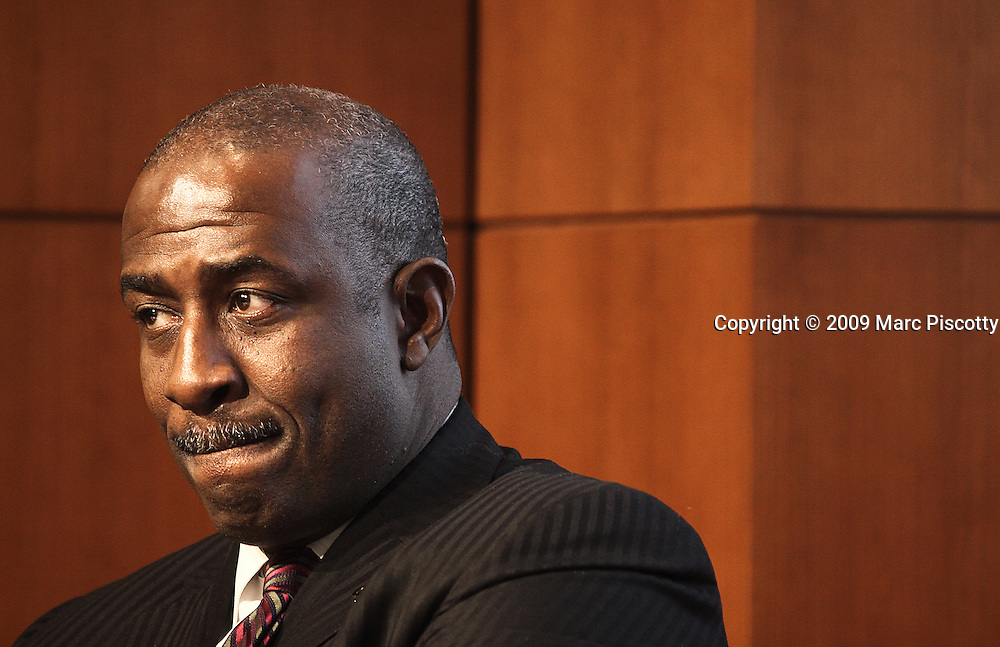