SHOT 6/20/10 6:38:56 PM - A mural on the side of a building in Leadville, Colorado depicting a mountain scene. Leadville is the county seat of, and the only municipality in, Lake County, Colorado, United States. Situated at an elevation of 10,152 feet (3094 m), Leadville is the highest incorporated city and the second highest incorporated municipality in the United States. A former silver mining town that lies near the headwaters of the Arkansas River in the heart of the Rocky Mountains, the city includes the Leadville Historic District, which preserves many historic structures and sites from Leadville's dynamic mining era. In the late 1800s, Leadville was the second most populous city in Colorado, after Denver. The United States Census Bureau estimates that the city population has shrunk to only 2,688 in 2005. (Photo by Marc Piscotty / © 2010) 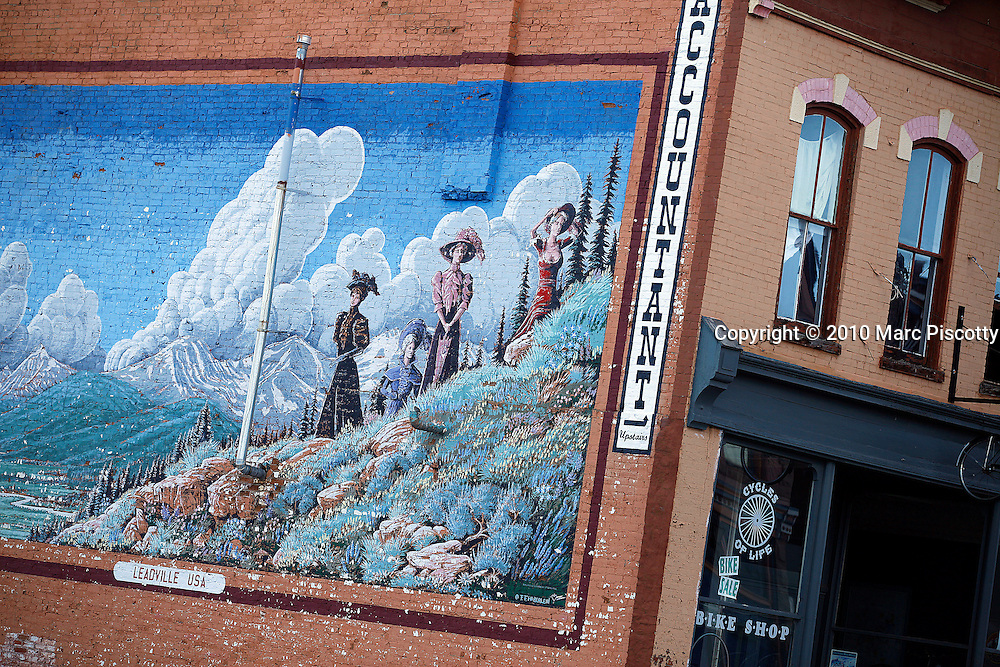