SHOT 4/20/11 5:00:14 PM - One of the many interesting costumes on display as marijuana enthusiasts converged upon Denver, Colorado and Civic Center Park for an event that has come to symbolize Colorado's burgeoning claim as the nation's cannabis capital. Denver's annual April 20th pro-marijuana smoke-out -- known as the 420 Rally -- is reputedly the largest of its kind in the world on a day that has come to be regarded as a ganja holiday. The crowd was estimated at about 10,000 participants and the signature moment of the rally occurred at 4:20 p.m., when participants collectively lit up and a thick cloud of marijuana smoke rose over the park within site of the state capital. Organizers say the goal of the rally is to bring people together to protest peacefully marijuana prohibition. (Photo by Marc Piscotty / © 2011) 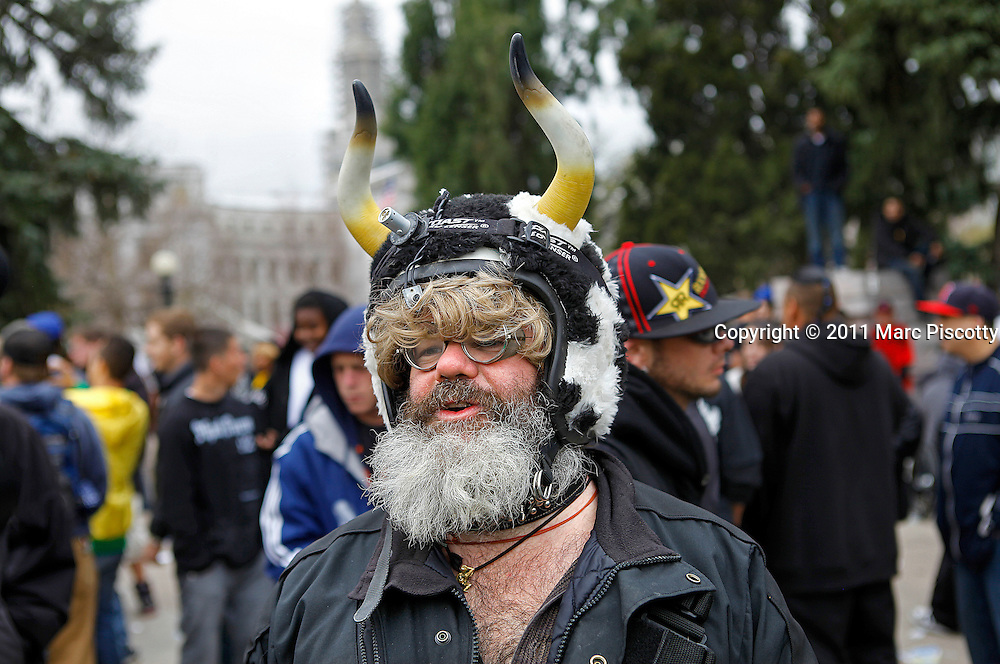