SHOT 3/19/11 3:10:13 PM - Getting a haircut on the streets in Colon, Panama. Colón is a sea port on the Caribbean Sea coast of Panama. The city lies near the Atlantic entrance to the Panama Canal. It is capital of Panama's Colón Province and has traditionally been known as Panama's second city. During its heyday, Colón was home to dozens of night clubs, cabarets and movie theaters. It was known for its citizens' civic pride, orderly appearance and outstanding native sons and daughters. Politically-instigated riots in the 1960s destroyed the city's beautiful municipal palace and signaled the start of the city's decline, which was further accelerated by the military dictatorships of Omar Torrijos and Manuel Noriega from 1968-1989. Since the late 1960s, Colón has been in serious economic and social decline. In recent times, the unemployment rate has hovered around 40% and the poverty rate is even greater than that. Drug addiction and poverty have contributed to crime and violence issues which successive Panamanian governments have not addressed effectively. (Photo by Marc Piscotty / © 2011) 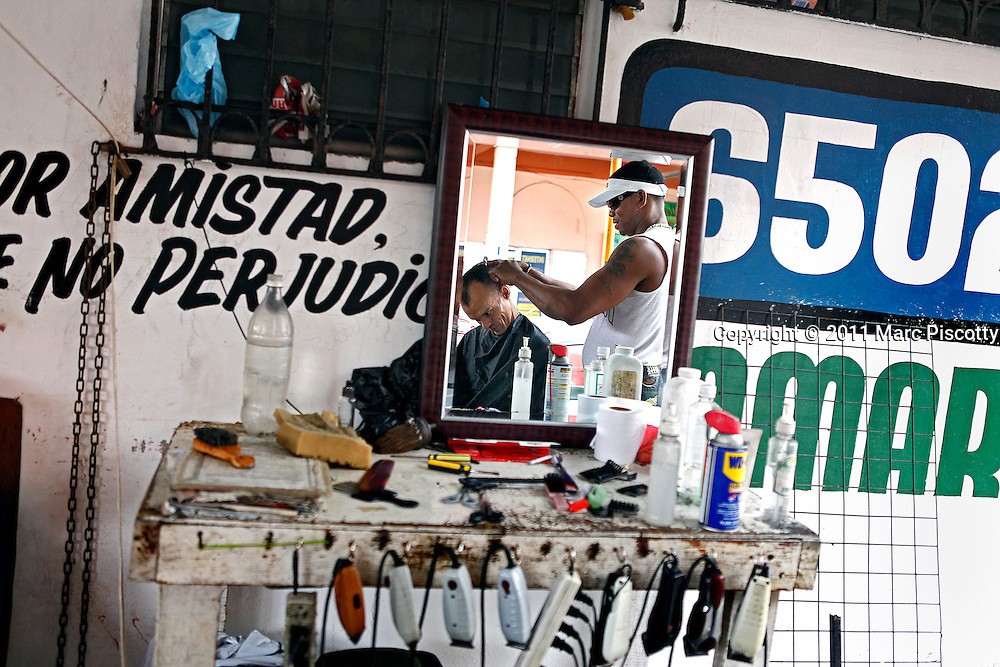