SHOT 11/23/2007 - Photos of Union Station in downtown Denver, Co. lit up for the holiday season. Union Station is Denver, Colorado, USA's historic train station at 17th and Wynkoop in the LoDo district. The station first opened in 1881[1]. After the original structure was destroyed by fire in 1894 it was rebuilt in Beaux-Arts style. During its heyday, it was served by 80 daily trains operated by six different railroads. Today it still serves passenger traffic including trains and light rail. Under a public/private consortium, the station and the surrounding 19.5 acres (79,000 m²) will soon be the hub of Denver's new FasTracks rail network, under the Regional Transportation District's master plan for the station site, officially known as the Denver Union Terminal. Eight teams of prominent architects, developers and engineers competed in 2002 for the massive contract to redevelop the station into a transit-oriented retail, office and residential complex, with a budget in the range of $900 million..(Photo by Marc Piscotty/ © 2007) 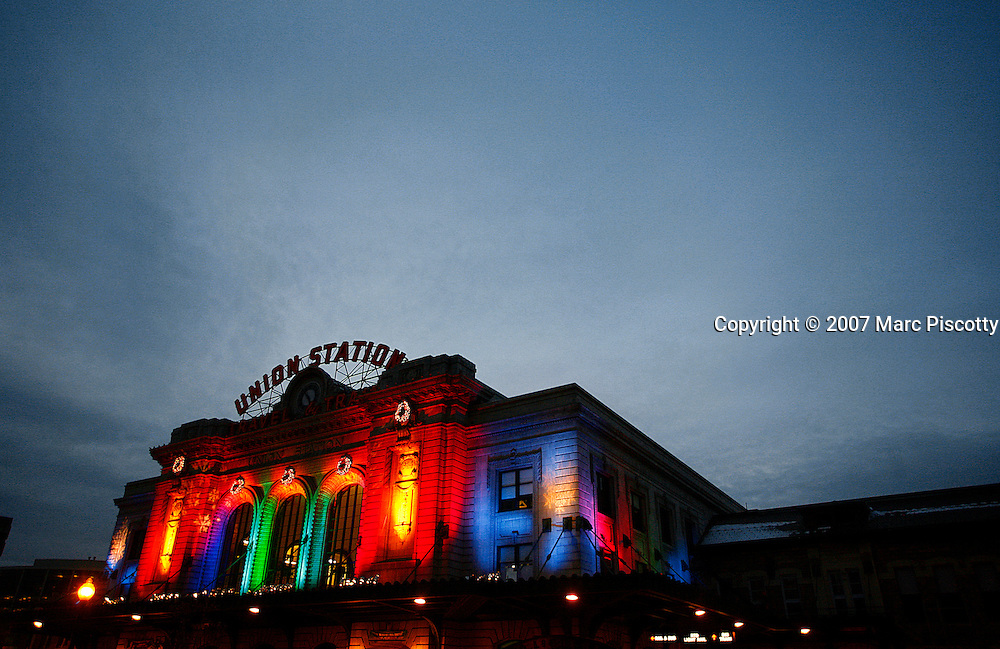